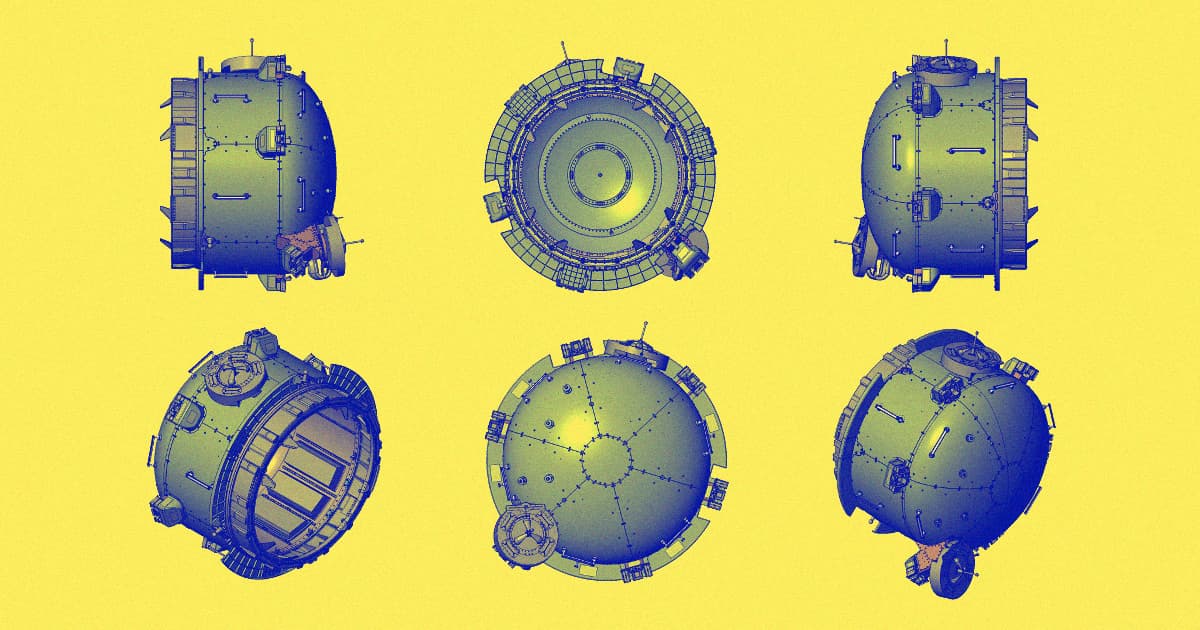 The ISS Is About to Get Its First Commercial Airlock

A SpaceX Falcon 9 rocket is about to carry what will soon become the International Space Station's first privately-built airlock.

The airlock, called Bishop and built by aerospace company Nanoracks, is designed to get payloads from inside the space station into the openness of space.

The Bishop is shaped like a bell jar and attaches itself to the outside of the space station using a number of clamps and latches.

"Once it’s there, it’s just extra real estate until we want to use it," Mike Lewis, Nanoracks’ chief innovation officer, told The Verge. "We can use it in a number of ways, the first of which is to bring things outside."

First, payloads — Nanoracks is planning for the airlock to primarily deploy satellites — are attached to the inside of Bishop. Astronauts then close the hatches, remove the air inside the airlock. A robotic arm detaches the entire assembly from the space station afterward.

Two out of the space station's existing three airlocks currently allow people to leave the station. One, the Japanese Experiment Module, allows for payloads to be released.

Japanese startup GITAI is already planning to test out its robotic arm inside Nanoracks' airlock.

Bishop is headed to the space station as soon as mid-November.

READ MORE: The first commercial airlock is heading to the International Space Station later this year [The Verge]

More on the ISS: NASA Still Hasn't Found the Damn Leak on the Space Station

This Little Japanese Camera Bot is Helping Astronauts Aboard the ISS
7. 20. 17
Read More
Touchy Subject
SBF Not Happy to Be Asked About Ex-Girlfriend Caroline Ellison
9:43 PM
Read More
Beach Watch
Mysterious Object Emerges From Beach in Florida
9:02 PM
Read More
+Social+Newsletter
TopicsAbout UsContact Us
Copyright ©, Camden Media Inc All Rights Reserved. See our User Agreement, Privacy Policy and Data Use Policy. The material on this site may not be reproduced, distributed, transmitted, cached or otherwise used, except with prior written permission of Futurism. Articles may contain affiliate links which enable us to share in the revenue of any purchases made.
Fonts by Typekit and Monotype.