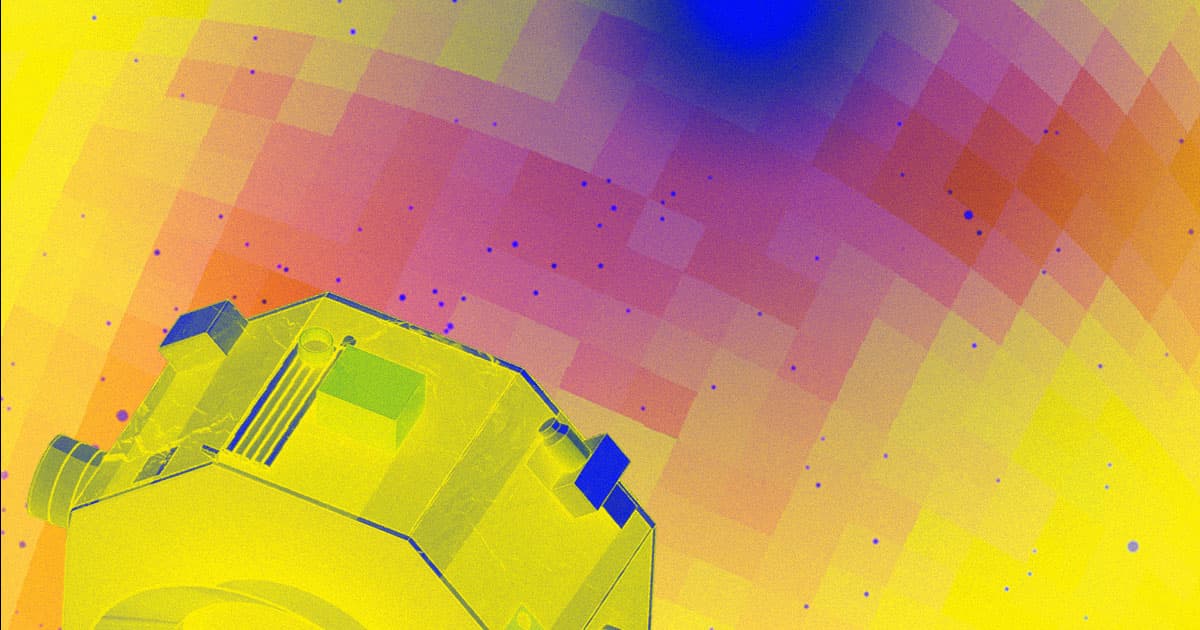 It's Official: NASA Is Considering an Interstellar Mission

"This is humanity’s first explicit step into interstellar space."

"This is humanity’s first explicit step into interstellar space."

A group of researchers from the Johns Hopkins Applied Physics Laboratory are eager to send a probe into interstellar space, Wired reports. Pending NASA's approval, they claim the project could launch as soon as 2030.

The basic outline of their proposal, which arose out of a NASA supported interstellar probe study last year, is to launch a spacecraft that weighs less than 1,700 pounds on NASA's upcoming — but much delayed and over budget — Space Launch System rocket.

It would then use gravity assist to sling it to speeds over 100,000 miles per hour — fast enough to leave the Solar System. The goal is to travel 92 billion miles from Earth in less than 15 years. In comparison, it took almost 40 years for Voyager 1 and 2 to get to just 13 billion miles.

While Voyager 1 and 2 were only outfitted with basic instruments, the proposed spacecraft will be have a host of sensors that could gain a better understanding of interstellar space — which remains largely mysterious to today's scientists.

And leaving the heliosphere, the bubble-like region of space around the Sun, could provide additional opportunities.

"We’re sitting inside a bubble trying to figure out what shape it is, which is extremely hard," Brandt told Wired. "The uniqueness of an interstellar probe is that we can go out and take a picture of our habitable little bubble in space."

READ MORE: NASA Is Getting Serious About an Interstellar Mission [Wired]

More on interstellar space: After the Moon and Mars, NASA Wants to Head to Alpha Centauri in 2069

The Hum
NASA Detects "Hum" Coming From Beyond Solar System
5. 10. 21
Read More
Far Out
Voyager 2 Just Entered Interstellar Space
12. 10. 18
Read More
Making Waves
Alien-Detecting AI Finds Eight "Suspicious" Signals
8:39 PM
Read More
+Social+Newsletter
TopicsAbout UsContact Us
Copyright ©, Camden Media Inc All Rights Reserved. See our User Agreement, Privacy Policy and Data Use Policy. The material on this site may not be reproduced, distributed, transmitted, cached or otherwise used, except with prior written permission of Futurism. Articles may contain affiliate links which enable us to share in the revenue of any purchases made.
Fonts by Typekit and Monotype.