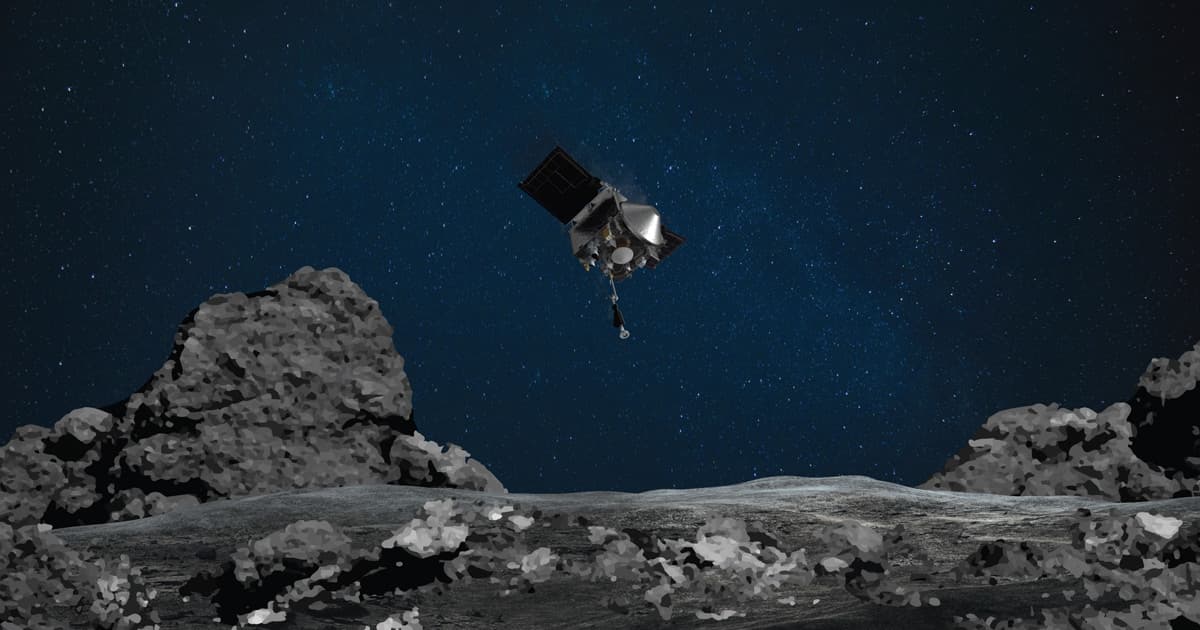 NASA Got an Up-Close Look at an Asteroid Crumbling Apart

Bennu is shedding debris, and NASA had front-row seats.

Bennu is shedding debris, and NASA had front-row seats.

For the first time, NASA was able to get an up-close look as an asteroid sailed past, leaving a trail of debris in its wake.

OSIRIS-REx, the NASA spacecraft that was sent to observe the asteroid Bennu, found that it sheds particles, rocks, and other pieces of itself on a regular basis, according to a series of papers published Wednesday in the Journal of Geophysical Research: Planets. It's the first ever close-up of asteroid ejection, and gives scientists an unprecedented view of a space rock as it hurtles through the sky.

Scientists discovered the shower of rocks and debris almost by accident, according to a NASA press release. Lead author and University of Arizona planetary scientist Carl Hergenrother was poring over the images of constellations that OSIRIS-REx takes to orient itself when he noticed that there appeared to be hundreds of extra stars in the images. After a closer look, he realized it was Bennu's trail.

"I was looking at the star patterns in these images and thought, 'huh, I don't remember that star cluster,'" Hergenrother said in the release. "I only noticed it because there were 200 dots of light where there should be about 10 stars. Other than that, it looked to be just a dense part of the sky."

Thankfully, NASA is confident that OSIRIS-REx is still safe despite its close proximity to the crumbling asteroid. The reason scientists had never noticed the extent of the ejection before is because most of the fragments are way too small to see from Earth.

"To give you an idea, all of those 200 particles we observed during the first event after arrival would fit on a 4-inch x 4-inch tile," Hergenrother added. "The fact that we can even see them is a testament to the capabilities of our cameras."