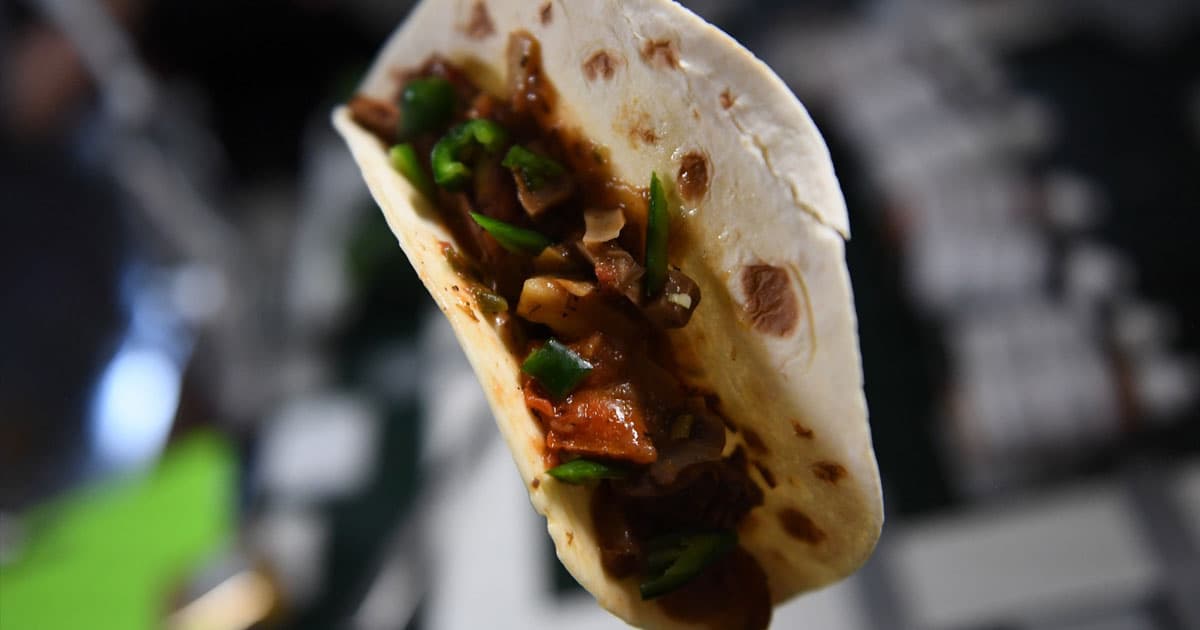 "Ah, the taste of spicy success!"

"Ah, the taste of spicy success!"

Yet another crop that future long-distance space explorers can count on for sustenance.

Astronauts on board the International Space Station were treated to a very special meal: space tacos, made with the first peppers to have ever been grown in space.

Friday Feasting! After the harvest, we got to taste red and green chile. Then we filled out surveys (got to have the data! 😁). Finally, I made my best space tacos yet: fajita beef, rehydrated tomatoes & artichokes, and HATCH CHILE! https://t.co/pzvS5A6z5u pic.twitter.com/fJ8yLZuhZS

The peppers were part of NASA's Plant Habitat-04 experiment, the first time chile peppers were cultivated on board the orbital outpost — or anywhere in space, as far as we can tell. They grew for roughly four months before being harvested last week. More of the peppers will be sent back to Earth for analysis.

"It is one of the most complex plant experiments on the station to date because of the long germination and growing times," Matt Romeyn, principal investigator for PH-04, said in a July statement.

According to a follow-up tweet by the ISS research team, "another crop of chiles will be grown and harvested by the Crew-3 astronauts," referring to the crew of four heading to the space station on board a SpaceX Crew Dragon spacecraft this weekend.

Despite peppers being self-pollinating, teams at NASA's Kennedy Space Center instructed the Advanced Plant Habitat to blow a fan at the pepper plants' flowers in order to transfer the pollen, according to an update last month. Astronauts also got involved, hand pollinating some of the flowers.

Scientists will now investigate what kind of effects microgravity had on the plants and peppers.

The peppers were meant to be flown back down to Earth on Sunday, but the Crew-3 mission had to be delayed due to a "medical issue."

The experiment proves once and for all that humans will be able to have some spice to their food — even while venturing to the far reaches of the solar system.