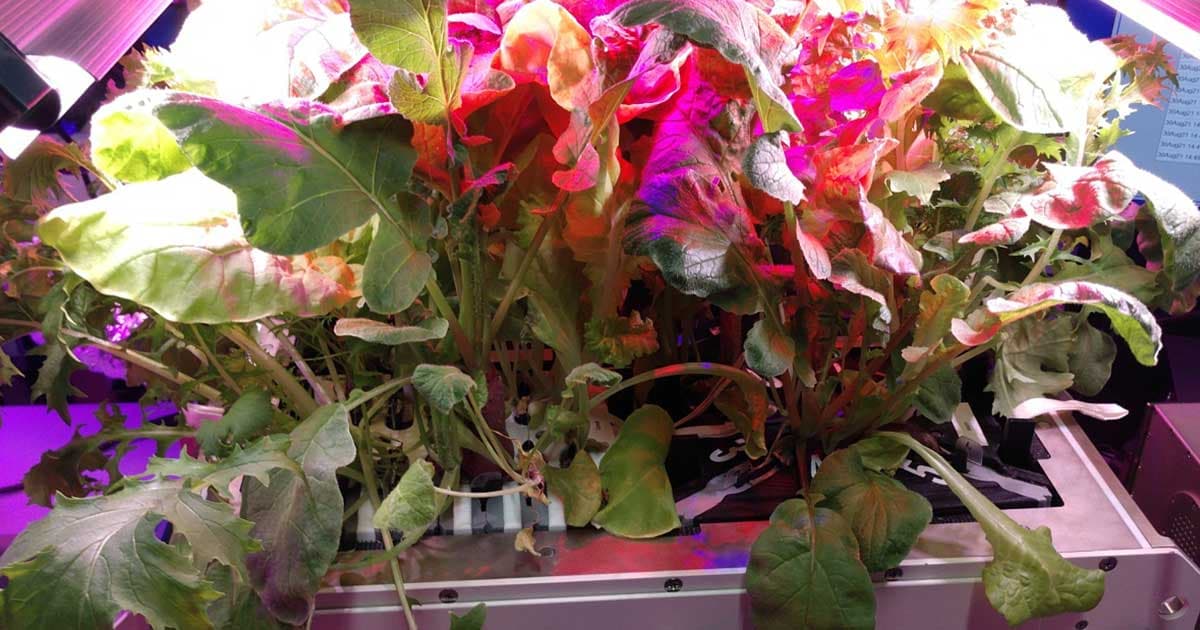 Get ready for space hydroponics.

Get ready for space hydroponics.

Earthly space travelers have been trying to perfect orbital botany for a while now. Stable, sustainable off world agricultural practices are needed to make longer term exploration missions possible, and though the International Space Station (ISS) has seen a few successful low-orbit gardening endeavors, all have used some sort of soil or soil-replacing growth media.

Now, thanks to NASA Flight Engineer Jessica Watkins, that could be starting to change. According to a NASA blog published last week, Watkins has begun to harvest radishes and mizuna greens aboard the ISS — grown without any soil whatsoever.

Growing any edible plants in space is always exciting, but using dirt-like growth materials presents potential resource, mess, and sanitation problems. And that's why Watkins' triumphant soilless crop could be a thrilling step towards a new age of interstellar discovery.

Watkins grew the cosmic vegetables with the help of a system called XROOTS. Shorthand for the eXposed Root On-Orbit Test System, XROOTS using only hydroponic and aeroponic techniques to support a plant through all stages of growth, starting with a seed.

NASA says that the system — created by private sector company Sierra Space — is experimental, containing a number of different "independent growth chambers" that allow astronauts to test a variety of soil-free, air-and-water-based concoctions on different types of plants.

It doesn't look like the machine is quite ready to feed a village, and we're still waiting for a full culinary review of the off-planet veggies. But the XROOTS experiment was just launched back in February, and seeing as how it was meant to last 4-6 months, we're looking forward to any other crops and discoveries it might yield — not to mention the tech it could make possible down the road.