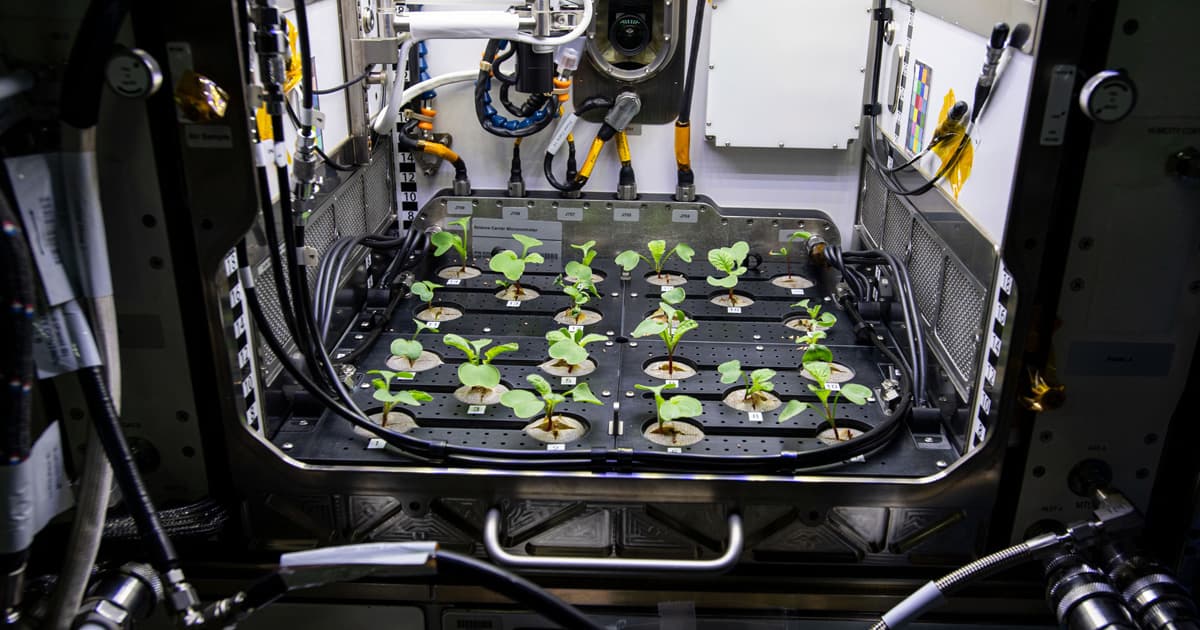 One astronaut said the radishes were "just as tasty as what she'd grown in her garden."

One astronaut said the radishes were "just as tasty as what she'd grown in her garden."

Last week, NASA astronauts on the International Space Station bit into some fresh-grown radishes that they had grown in orbit.

The radishes, which by coincidence were a New Year's treat for the ISS crew, were the first vegetables grown and eaten in orbit other than some leafy greens, according to United Press International. The meal is a promising development in NASA's ongoing efforts to grow food in space, making long-term stays in orbit and beyond a more viable and sustainable endeavor.

The fate of the radishes wasn't always clear. In early December, a NASA spokesperson declined to tell Futurism whether the astronauts would be allowed to consume any of the radishes.

Typically, astronauts on the ISS don't get to eat the fruits of their agricultural labor. While NASA scientists have spent years figuring out how to grow or prepare food in orbit, the food is almost always frozen and shipped back to Earth for analysis, whether it's vegetables or cookies. Even now, 10 of the 19 radishes went to Earth, and the ISS crewmembers ate the remaining nine.

But eating food grown on the ISS isn't unheard of. NASA astronauts first did so in 2015, chowing down on some of the red romaine lettuce they'd grown in orbit. That lettuce, research from 2020 later revealed, was almost indistinguishable from plants grown on the ground, giving hope for the future of orbital agriculture.

The successful radish experiment is a good sign for the future of space travel, but in the more immediate term it's also great news for crewmembers who almost never get to eat fresh produce, according to UPI.

Karl Hasenstein, the lead researcher for the project, told UPI that astronaut Kate Rubins "commented that the radishes were just as tasty as what she'd grown in her garden."

Monkey Business
China Plans to Send Monkeys to Space Station to Have Sex With Each Other
11. 3. 22
Read More
Overview Effect
William Shatner Says His Space Trip Left Him With a Feeling of Terrible Grief
10. 11. 22
Read More
Don't let the door hit you
Elon Musk Lobs Casual Space Station Burn at Moscow
7. 28. 22
Read More
+Social+Newsletter
TopicsAbout UsContact Us
Copyright ©, Camden Media Inc All Rights Reserved. See our User Agreement, Privacy Policy and Data Use Policy. The material on this site may not be reproduced, distributed, transmitted, cached or otherwise used, except with prior written permission of Futurism. Articles may contain affiliate links which enable us to share in the revenue of any purchases made.
Fonts by Typekit and Monotype.