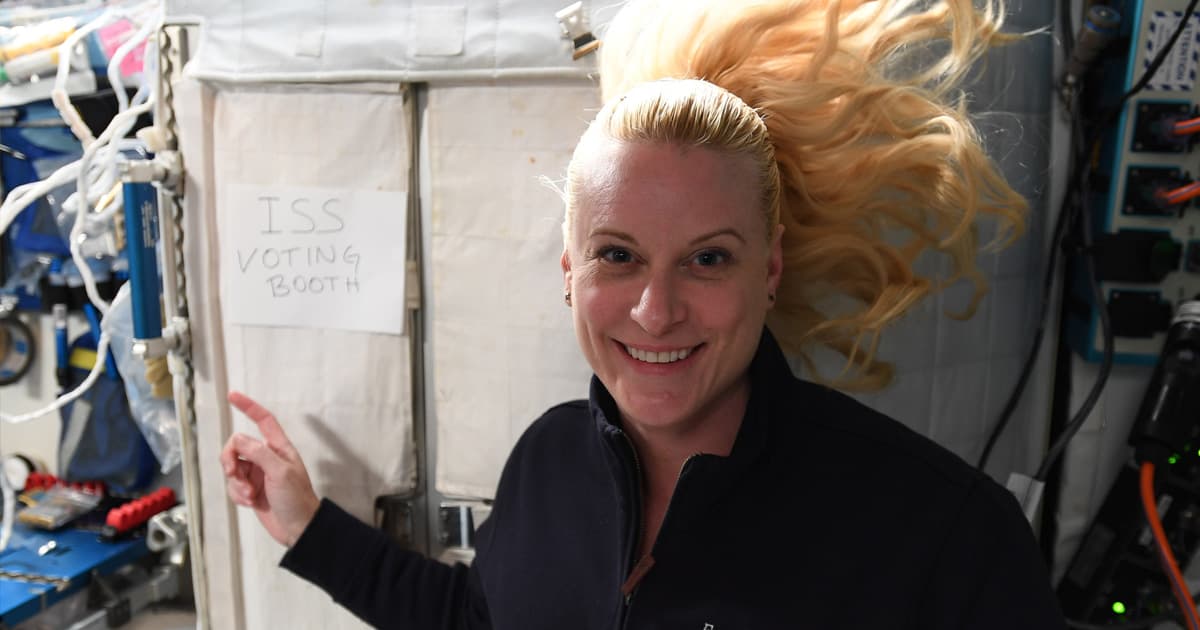 Since 1997, astronauts who are in orbit have been able to register for an absentee ballot, Space.com reports. The request process is the same as for voters back on Earth, but the address is a little different: "low Earth orbit."

NASA takes care of filing the ballot to the election authorities.

From the International Space Station: I voted today

Rubins first arrived at the ISS on October 14 on board the final Soyuz rocket to deliver NASA astronauts to the station. She will stay in orbit for just over six months and will be the only American citizen to miss Election Day this year.

"I think it’s really important for everybody to vote," Rubins told The Associated Press before launching into space in October. "If we can do it from space, then I believe folks can do it from the ground, too."

Rubins is not the first to cast her vote from space — and in fact it's not even her first time. Several NASA astronauts, including Rubins herself, also voted during the 2016 presidential elections.

As Space.com points out, the launch of the SpaceX Crew Dragon capsule that was meant to carry three NASA astronauts to the ISS later this month was delayed to mid-November after Election Day.

"It’s critical to participate in our democracy,” Rubins told AP. "We consider it an honor to be able to vote from space."

Uh Oh
Research Confirms TikTok Is a Cesspool of Misinformation
10. 26. 22
Read More
No Scope
People Are Furious at Space Telescope's Homophobic Name Again
7. 13. 22
Read More
DIY NASA
Amateur Rocket Builders Planning to Launch Astronaut Into Space
2. 1. 22
Read More
+Social+Newsletter
TopicsAbout UsContact Us
Copyright ©, Camden Media Inc All Rights Reserved. See our User Agreement, Privacy Policy and Data Use Policy. The material on this site may not be reproduced, distributed, transmitted, cached or otherwise used, except with prior written permission of Futurism. Articles may contain affiliate links which enable us to share in the revenue of any purchases made.
Fonts by Typekit and Monotype.