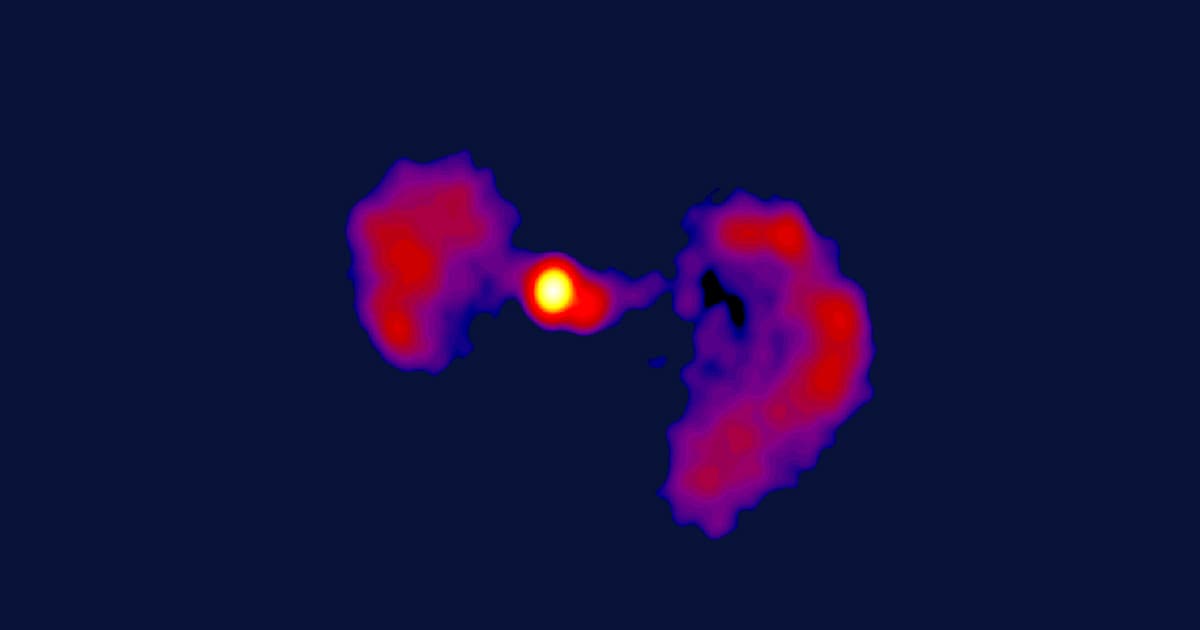 Send In the X Wings

NASA Amused by Galaxy That Looks Like a TIE Fighter

"The first time I saw the results, I immediately thought it looked like Darth Vader’s TIE fighter spacecraft from 'Star Wars: Episode IV — A New Hope.'"

"The first time I saw the results, I immediately thought it looked like Darth Vader’s TIE fighter spacecraft from 'Star Wars: Episode IV — A New Hope.'"

Using NASA's Fermi Gamma-Ray Space Telescope in 2015, a team of astronomers spotted, a galaxy with an unusual shape.

Several years later, they returned for a much closer look at the object far, far away, using the Very Long Baseline Array (VLBA), a system of ten radio telescopes in Hawaii, and NASA's Chandra X-ray Observatory.

"After the Fermi announcement, we zoomed in a million times closer on the galaxy using the VLBA's radio antennas and charted its shape over time," Matthew Lister, professor of astronomy at Purdue University in Indiana, and lead author of a new paper published in The Astrophysical Journal, in a NASA statement.

The galaxy lies about 500 million light-years away, in the neighborhood of a gigantic supermassive black hole about a billion times the Sun's mass.

It's an "active galaxy," meaning it emits excess light beyond what can be accounted for by all of its stars. Scientists believe this excess energy includes radio, X-ray, and gamma-ray energy.

Some of these galaxies emit two jets of high-energy particles traveling at almost the speed of light, which collide with intergalactic gas, sending it straight back to its center. That's how the team believes the TIE fighter galaxy got its "wings."

Luckily, it wasn't just a mere "fun surprise" to Lister and his team, "but its appearance at different radio frequencies also helped us learn more about how active galaxies can change dramatically on decade time scales."

In other words, the galaxy was spotted in just the right angle, allowing them to see the farther lobe when it was at an earlier point in its evolution.

Overloaded
Whiny Space Tourists Say They Were Too Busy on the Space Station
May 14
Read More
The Moonian
Senior NASA Official Fears Getting "Stuck" on the Moon
May 4
Read More
Into Darkness
Inside NASA's Bold Proposal to Probe the Mysteries of Dark Matter
Mar 11
Read More
+Social+Newsletter
TopicsAbout UsContact Us
Copyright ©, Camden Media Inc All Rights Reserved. See our User Agreement, Privacy Policy and Data Use Policy. The material on this site may not be reproduced, distributed, transmitted, cached or otherwise used, except with prior written permission of Futurism. Fonts by Typekit and Monotype.