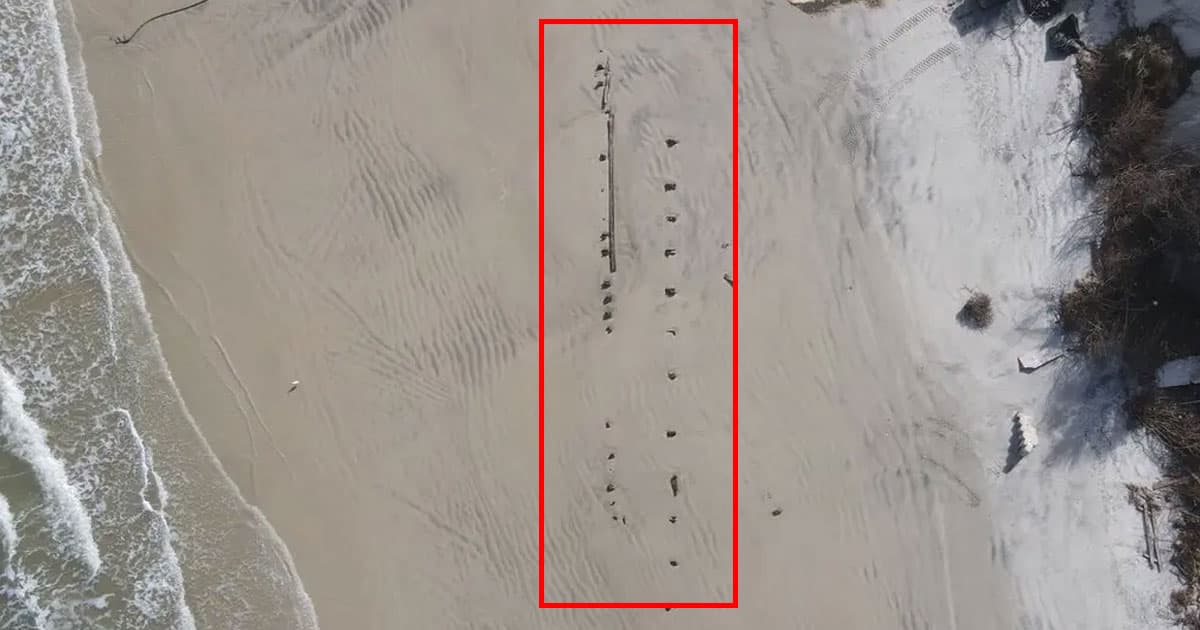 "I've been on the beach probably 25 years and that's the first time I've seen it exposed."

"I've been on the beach probably 25 years and that's the first time I've seen it exposed."

Beach erosion caused by Hurricane Nicole and Ian has caused a massive mysterious object to poke out of the sand at Daytona Beach Shores in Volusia County, Florida — a tantalizing enigma that's naturally fascinating folks online.

The lengthy object appears to be mostly made out of wood and metal and measures roughly 80 feet from end to end, The New York Times reports. Officials are still investigating and can only hazard a guess.

"It is a mystery,"  Tamra Malphurs, a spokeswoman for Volusia County Beach Safety, told the NYT. "Many people think it is an old ship of some sort."

Others have speculated that the object is a piece of an old pier, or that it could be a long-lost piece of NASCAR spectator seating from the community's iconic racetrack, according to the NYT.

Erosion has been particularly bad thanks to the two hurricanes making landfall this summer.

Extreme, climate change-driven weather patterns have unearthed a number of unusual objects across the world this year. Low water levels have uncovered entire lost villages, ancient ruins and a number of shipwrecks.

It's only a matter of time until we can figure out what the mysterious object unearthed on Florida's shore is. For now, all we can do is speculate.

Judge: Bitcoin is Not A Legitimate Currency
7. 26. 16
Read More
What is Happening
Elon Musk Sets His Twitter Account to Private
Yesterday
Read More
Fly Guy
Bird Advocates Horrified by Pigeon Dyed Pink For Gender Reveal Party
Yesterday
Read More
+Social+Newsletter
TopicsAbout UsContact Us
Copyright ©, Camden Media Inc All Rights Reserved. See our User Agreement, Privacy Policy and Data Use Policy. The material on this site may not be reproduced, distributed, transmitted, cached or otherwise used, except with prior written permission of Futurism. Articles may contain affiliate links which enable us to share in the revenue of any purchases made.
Fonts by Typekit and Monotype.