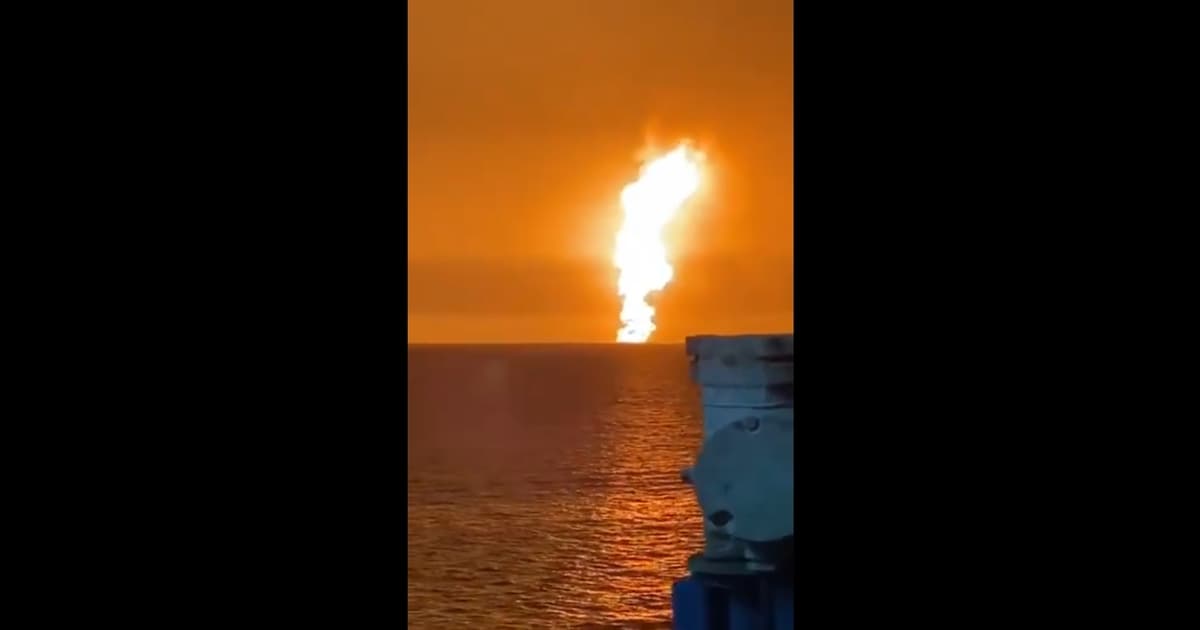 The video is horrifying.

The video is horrifying.

A massive explosion was seen in the Caspian Sea on Sunday — capping off a big weekend for apocalyptic ocean fires.

The blast occurred near Azerbaijan where the country’s government owns a number of oil and gas fields, according to The Guardian. While the cause of the fiery explosion was not immediately apparent, the State Oil Company of Azerbaijan Republic (SOCAR)  announced that the blast seemed to have come from a mud volcano. SOCAR has reported no injuries due to the blast.

Check out the stunning (and horrifying) footage below:

Not to be outdone by the Gulf of Mexico, there was a massive explosion in the Caspian Sea pic.twitter.com/JgxMkAmzUW

"The Ocean Is on Fire Again"

The blast marks the second time in as many days that flames on the ocean surface have made headlines.

On Friday, an underwater pipeline from the Mexican oil company Pemex burst resulting in flames emerging from the Gulf of Mexico. Though the company was able to extinguish the fires after a five-hour battle, it still drew harsh criticism for allowing the freaking ocean to catch fire in the first place.

The ocean is on fire in the Gulf of Mexico after a pipeline ruptured. Good system.

After the Caspian Sea explosion, the term "the ocean is on fire again" was trending momentarily on Twitter, according to CNET.

A mud volcano is a volcano that erupts in hot mud and flammable gas. According to Dr. Mark Tingay, a geologist and mud volcano expert at the University of Adelaide, the region in which the explosion occurred is home to hundreds of mud volcanoes.

So, first, Azerbaijan is the home of mud volcanoes, and has hundreds of them.

My Google Earth mud volcano map of Azerbaijan gives you and idea of just how ludicrously many mud volcanoes there are both onshore and offshore. pic.twitter.com/m5m3yAPWSV

"And the mud volcanoes in Azerbaijan are some of the biggest and most violent in the world," Tingay said in a tweet. "There are, on average, several large mud volcano eruptions each year, and many of them can have big fires."

However, he did add that even though SOCAR reported it as a mud volcano explosion, there’s still a good chance it could be a fire from an old "rig or platform."