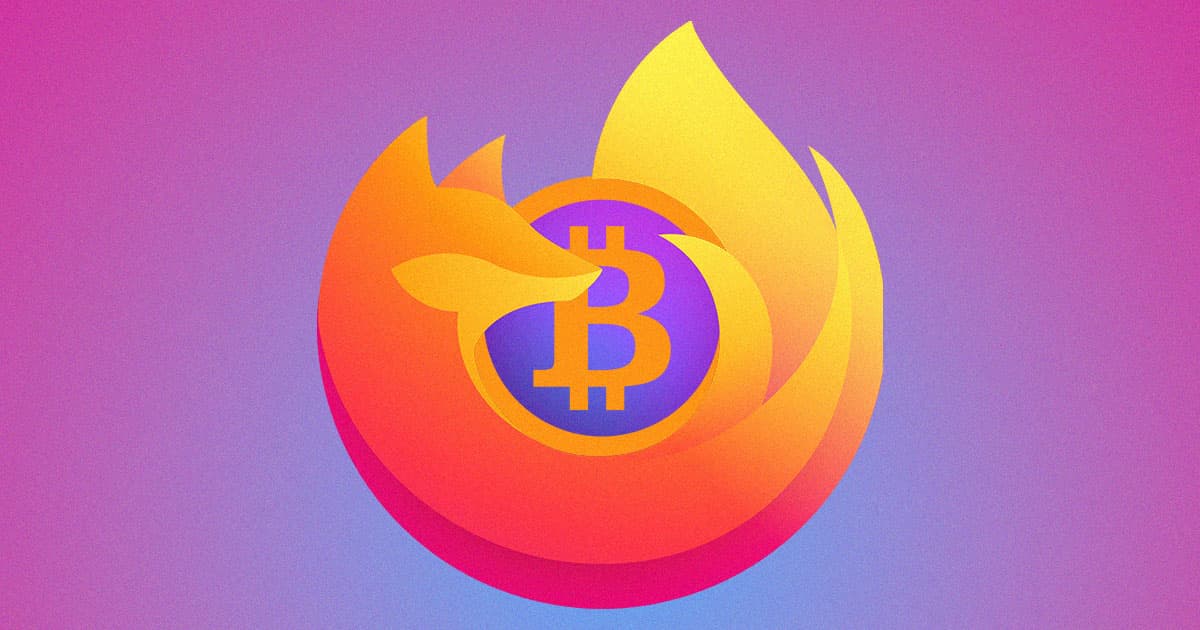 "You were meant to be better than this."

"You were meant to be better than this."

In an apparent bid for relevance, the maker of the Firefox browser Mozilla is dipping its toes into cryptocurrency — much to the chagrin of two people who were instrumental in the software's creation.

Mozilla announced on New Year's Eve that it's accepting crypto donations, garnering strongly-worded responses from two developers who worked on the software that powers the browser.

Pulling no punches, programmer-turned-nightclub owner Jamie Zawinski — whose accolades include the coinage of the term "Mozilla" — had harsh words for the account.

"Hi, I'm sure that whoever runs this account has no idea who I am, but I founded @mozilla and I'm here to say fuck you and fuck this," Zawinski, better known by his handle jwz, tweeted. "Everyone involved in the project should be witheringly ashamed of this decision to partner with planet-incinerating Ponzi grifters."

Fellow early Mozilla-er Peter Linss, who created the Gecko browser engine, which Firefox runs on, had an F-bomb of his own for the company.

It seems that both Zawinski and Linss' anger stems from the increasingly-common criticism that cryptocurrency mining is very harmful to the environment, as evidenced by both of their Twitter feeds. Futurism has reached out to both programmers for comment on the subject.

As companies and celebrities embrace cryptocurrency, it seems that the vocal minority pushing back against it is getting louder — and at this point, the most the rest of us can do is grab some popcorn and tag along for the ride.

READ MORE: It Would Be Incredibly Hard to Make Bitcoin Sustainable, Experts Say