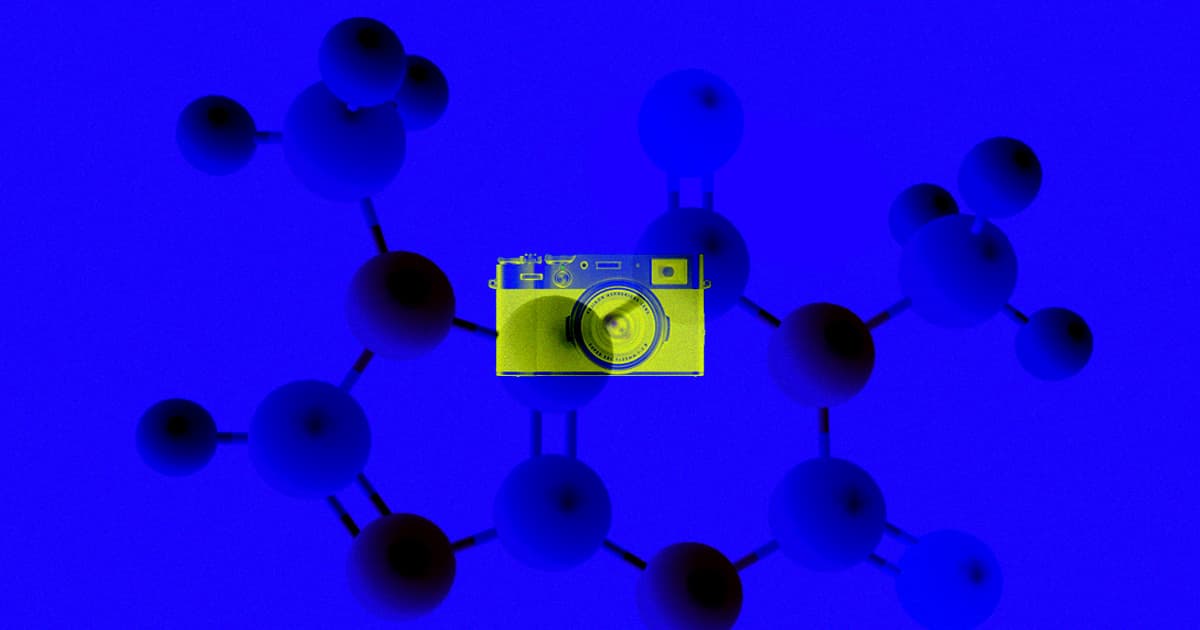 University of Cambridge scientists have gotten an unprecedented glimpse at chemical reactions in real-time, thanks to a new molecule-sized "camera."

The device, little more than a clump of gold nanoparticles, semiconductor nanocrystals called quantum dots, and a molecular "glue," uses a process similar to photosynthesis to reveal exactly what's happening while various molecules interact with each other during a reaction, according to research published in the journal Nature Nanotechnology on Thursday.

The device offers a far simpler way of monitoring how various chemical compounds form during reactions than the methods currently available to scientists, and the team that built the "camera" says it's already using it to improve the technology behind solar cells.

Controlling the specific order and process of molecular assembly is notoriously difficult, especially at such tiny scales. Thankfully, the scientists realized that they merely had to plunk its components into room-temperature water — along with whatever molecules they wanted to study — and it would piece itself together automatically.

"We were surprised how powerful this new tool is, considering how straightforward it is to assemble," first study author and Cambridge chemist Kamil Sokolowski said in a press release.

It still took a few tries, though. In the team's first attempt, the gold nanoparticles grew out of control, falling out of solution and ruining the experiment. But once they added in the quantum dots, the camera limited and regulated its own assembly and stopped at the appropriate size.

"This self-limiting property was surprising, it wasn’t anything we expected to see," study coauthor Jade McCune, another Cambridge chemist, said in the release. "We found that the aggregation of one nanoparticulate component could be controlled through the addition of another nanoparticle component."

More on nanotech: Scientists Create Chameleon Robot That Can Blend in With Its Surroundings

Brands We Love
The Edible Chemistry Kit Has Awesome Science Experiments You Can Eat
9. 23. 20
Read More
Brands We Love
If Your Kids Love to Learn, This Science Kit Subscription Service Is a Must
8. 18. 20
Read More
Brands We Love
Chemistry Kits From Mel Science Are Perfect for the Mad Scientist in Your Life
2. 24. 20
Read More
+Social+Newsletter
TopicsAbout UsContact Us
Copyright ©, Camden Media Inc All Rights Reserved. See our User Agreement, Privacy Policy and Data Use Policy. The material on this site may not be reproduced, distributed, transmitted, cached or otherwise used, except with prior written permission of Futurism. Articles may contain affiliate links which enable us to share in the revenue of any purchases made.
Fonts by Typekit and Monotype.