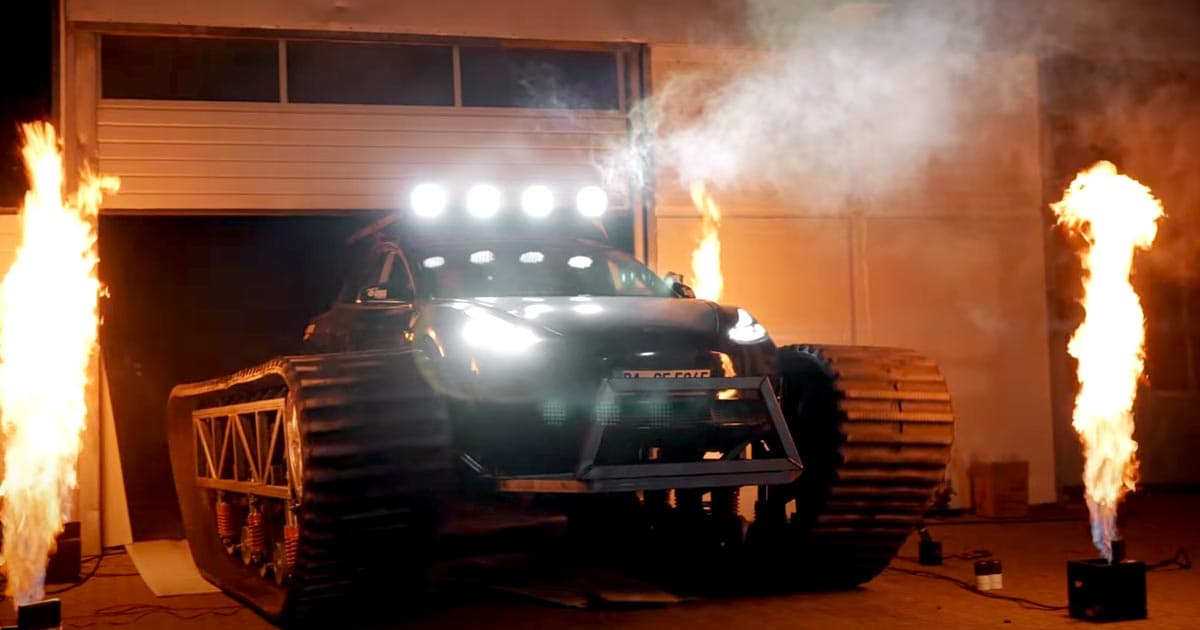 May 13
The Real Life Guys

A group of German engineers converted a Tesla Model 3 into a hulking beast to take it off-roading.

As Elektrek points out, Teslas are popular conversions for off-road enthusiasts because of their powerful electric powertrains and monstrous amounts of torque — shout out to billionaire CEO Elon Musk for getting something right.

Mechanics have previously converted Teslas into a bunch of things, like a mini-tank with snow tracks and a sick-looking muddin' machine — but this new project really takes the cake.

Although the "Real Life Guys" filmed their clip while speaking German, the English subtitles explain their work step-by-step.

Converting an electric car is expensive, hard work, and it's great to see customers converting vehicles because they can't find what they're looking for. For one, this monster Tesla certainly looks a lot more badass and capable than the electric car company's long-awaited Cybertruck.

If manufacturers see a viable market for building electric ATVS and other recreational vehicles they'll be more likely to create new products and spread the EV love farther and wider.

And electric Tesla tanks are just the tip of the off-road iceberg.

Kiddy League
Tesla Fans Put Child in Path of Moving Tesla on Self-Driving Mode
Yesterday
Read More
Tela Ransomware
Tesla Cuts Car's Range By 30%, Demands $4,500 to Get It Back
Jul 26
Read More
Where's Musko
7 Theories About Why Elon Musk Has Disappeared
Jul 1
Read More
+Social+Newsletter
TopicsAbout UsContact Us
Copyright ©, Camden Media Inc All Rights Reserved. See our User Agreement, Privacy Policy and Data Use Policy. The material on this site may not be reproduced, distributed, transmitted, cached or otherwise used, except with prior written permission of Futurism. Fonts by Typekit and Monotype.