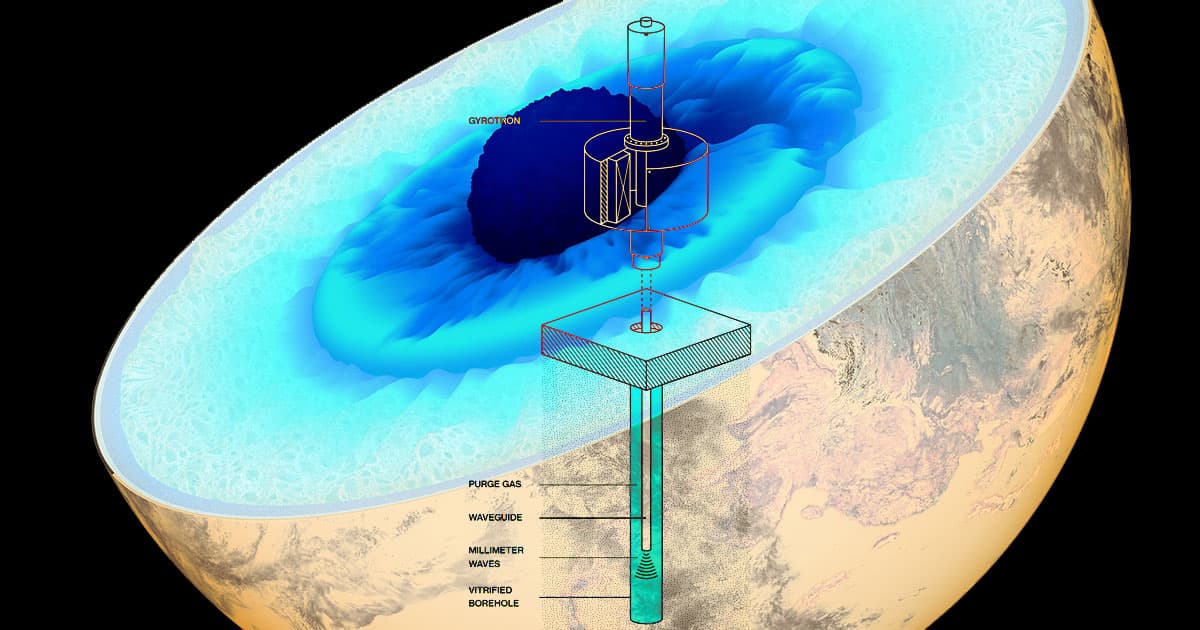 An MIT spinoff has locked down significant funding for a literally groundbreaking project: using fusion power tech to drill 12 miles into the Earth and harvest the immense energy down there.

The startup is called Quaise, and it picked up $40 million in series A funding last month, according to a press release. It says the money is going toward its efforts to leverage fusion technology to drill one of the deepest holes of all time. If it proves viable, it could give humans access to nearly limitless and clean geothermal energy.

"We need a massive amount of carbon-free energy in the coming decades," Mark Cupta, managing director at Prelude Ventures and one of the investors in the company, said in the release.

"Quaise Energy offers one of the most resource-efficient and nearly infinitely scalable solutions to power our planet,” he added. “It is the perfect complement to our current renewable solutions, allowing us to reach baseload sustainable power in a not so distant future."

Aside from being just kinda awesome in a sci-fi-sounding way, using fusion tech to dig these ultra-deep holes could offer a number of notable benefits. For one, traditional drill bits are limited with how far they can go before the hot temperatures, gasses, and liquids prevent them from going further.

However, Quaise would use a machine called a gyrotron, which is typically used to create millimeter electromagnetic waves to superheat plasma in fusion reactors. Instead of plasma, though, the startup would point at the ground — and drill into it using energy beams.

The tech has the potential to take drilling to a depth we’ve never seen before. In theory, this could also allow people to access geothermal power from the Earth no matter where they are in the world.

Of course, this tech still has a long way to go. Quaise is slated to launch its first full-scale demonstration machines in 2024, with its first commercial operation by 2026. Plus, there’s a good chance that hiccups like running out of funding or pesky supply chain issues could prevent this from ever actually launching.

Still, the idea of a fusion drill tapping into the Earth for bountiful, clean energy is pretty dope.

More on the Earth’s insides: Scientists Claim Earth’s Core Is a Weird New State of Matter

Fusion Fuel
Scientists Now Testing Fuel for Giant New Fusion Reactor
2. 22. 21
Read More
Game of Renewable Thrones
Elon Musk: Fusion Will Probably Be More Expensive Than Wind, Solar
10. 1. 20
Read More
30 Years Away
Scientists Start Construction of World's Largest Fusion Reactor
7. 28. 20
Read More
+Social+Newsletter
TopicsAbout UsContact Us
Copyright ©, Camden Media Inc All Rights Reserved. See our User Agreement, Privacy Policy and Data Use Policy. The material on this site may not be reproduced, distributed, transmitted, cached or otherwise used, except with prior written permission of Futurism. Articles may contain affiliate links which enable us to share in the revenue of any purchases made.
Fonts by Typekit and Monotype.