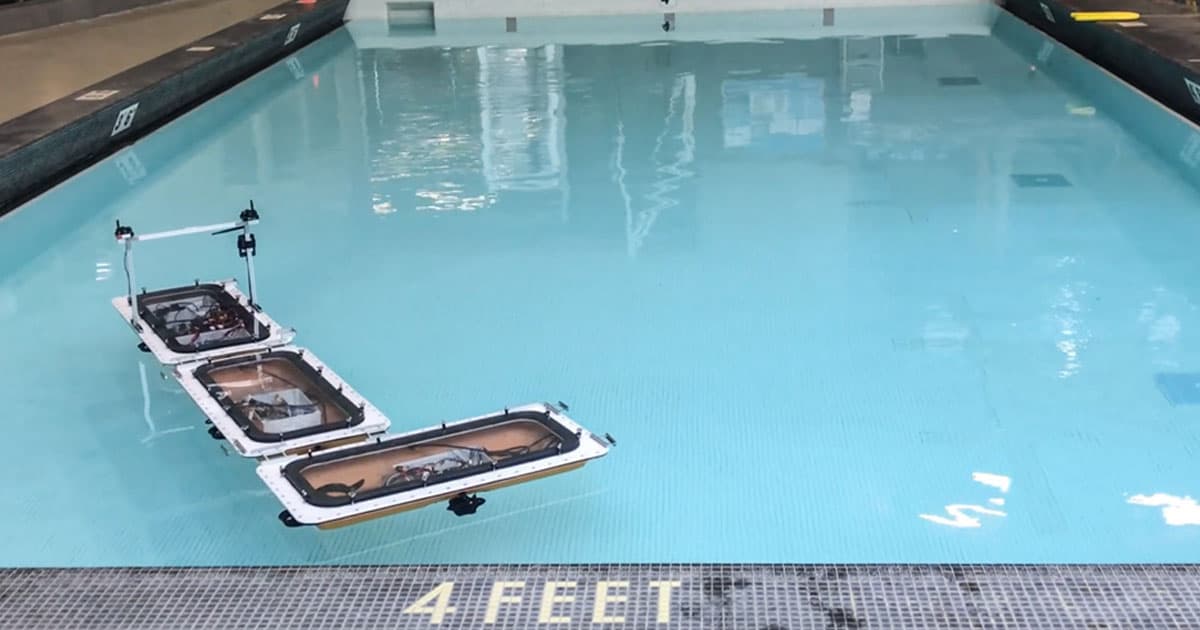 They can form bridges or platforms, and then disassemble.

They can form bridges or platforms, and then disassemble.

MIT scientists have been working with officials in Amsterdam for the past several years to develop autonomous boats that could one day navigate the city’s many canals.

In June, they announced they’d found a way to get their “roboats” to latch together. And now, they’ve given the fleet another capability: shapeshifting.

On August 22, the MIT scientists presented a paper at the IEEE International Symposium on Multi-Robot and Multi-Agent Systems detailing their creation of an algorithm that lets roboats start in one configuration, separate to travel somewhere else, and then join up into a new configuration.

The scientists believe this capability could help city officials make use of Amsterdam’s 165 canals, which have fallen out of favor in recent years.

“A set of boats can come together to form linear shapes as pop-up bridges, if we need to send materials or people from one side of a canal to the other,” researcher Daniela Rus told MIT News. “Or, we can create pop-up wider platforms for flower or food markets.”

The scientists will put the system to the test in 2020, creating what researcher Carlo Ratti told MIT News will be “the world’s first bridge comprised of a fleet of autonomous boats” to span a 60-meter-wide Amsterdam canal.

But while the MIT team knows its roboats can autonomous shapeshift into bridge form, they say they still have to answer one very important question before that undertaking: Can the bridges support people?

More on MIT’s roboats: Amsterdam Is Paying MIT to Develop Robot Barges for Its Canals

Eyes Wide Shut
MIT Tech Lets Self-Driving Cars “See” Under Surface of Road
2. 24. 20
Read More
Airplane Noise Can Be Reduced With a Simple Solution
3. 9. 18
Read More
I, For One, Welcome Our Alien Overlords
NASA Sponsored Researcher Suggests It Might Be Possible to Change the Laws of Physics
6:31 PM
Read More
+Social+Newsletter
TopicsAbout UsContact Us
Copyright ©, Camden Media Inc All Rights Reserved. See our User Agreement, Privacy Policy and Data Use Policy. The material on this site may not be reproduced, distributed, transmitted, cached or otherwise used, except with prior written permission of Futurism. Fonts by Typekit and Monotype.