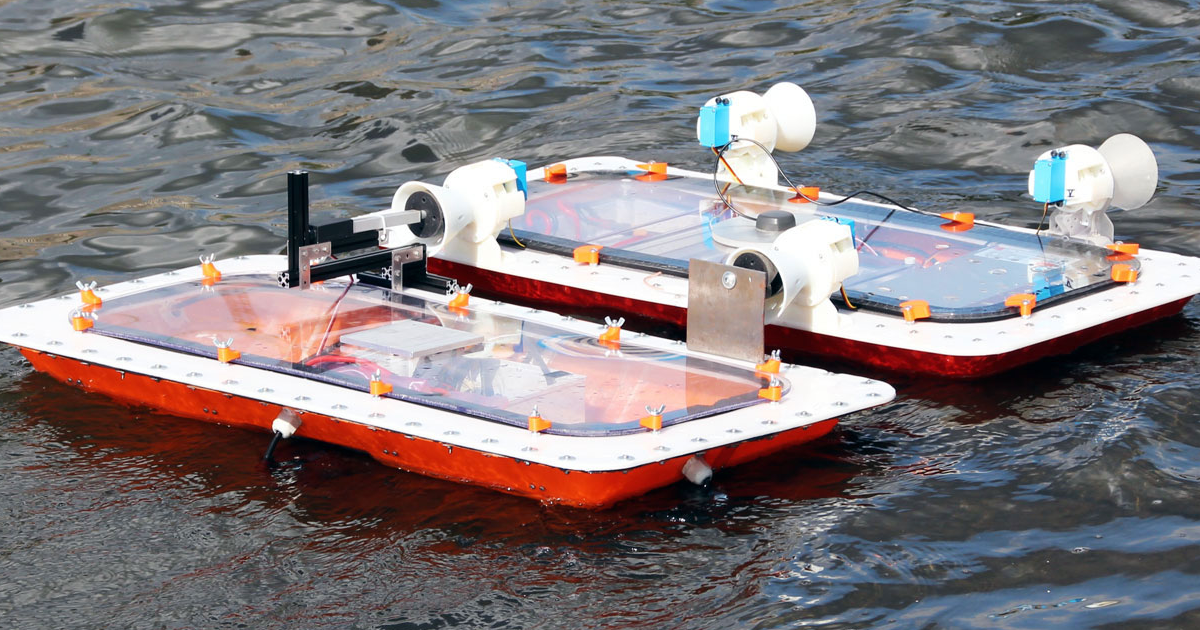 Amsterdam Is Paying MIT to Develop Robot Barges For Its Canals

The self-steering boats can form bigger platforms and ferries.

The self-steering boats can form bigger platforms and ferries.

Amsterdam is funding research by MIT scientists to build self-piloting mini barges — "roboats" — to cruise its canals and make better use of waterways that have fallen out of favor for roads.

Now, grad student Luis Mateos has built a new algorithm that directs the roboats to automatically latch together, according to an MIT press release. The boats can currently combine into autonomous barges, but Mateos sees a future in which autonomous boats could create temporary bridges or pop-up spaces that make waterways more accessible without requiring new city infrastructure.

The new latching system directs multiple roboats to automatically form together — the algorithm, shared online, makes sure each roboat connects before the next one approaches.

"In challenging waters, sometimes roboat units at the current one-quarter scale, are not strong enough to overcome wind gusts or heavy water currents," Mateos said in the press release. "A logic component on the roboat says, 'You missed, so back up, recalculate your position, and try again.'"

For now, scientists are working with 15-square-foot prototypes, one quarter the size of an envisioned final product. These scaled-down roboats could join together to carry garbage and other cargo down the canals, while larger models could do more.

"The aim is to use roboat units to bring new capabilities to life on the water," MIT robotics engineer Daniela Rus said in the press release. "The new latching mechanism is very important for creating pop-up structures. Roboat does not need latching for autonomous transportation on water, but you need the latching to create any structure, whether it's mobile or fixed."

READ MORE: Autonomous boats can target and latch onto each other [MIT]

More on robots: As Self-Driving Cars Hit Roadblocks, Autonomous Boats Could Take Traffic Off The Streets