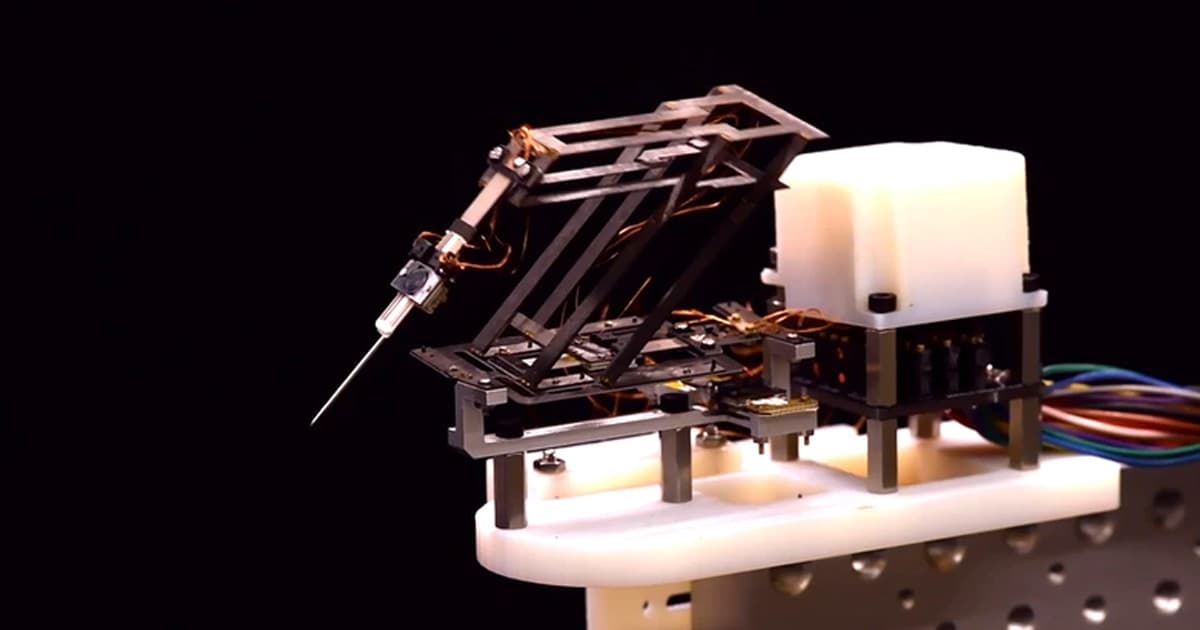 This Miniature Surgery Robot Was Inspired by Origami

It "pops up" just like a novelty birthday card.

It "pops up" just like a novelty birthday card.

Researchers at Harvard collaborated with Sony to build a tiny, origami-inspired surgical robot.

The robot is only about the size of a tennis ball and weighs only as much as a penny. And it's not just tiny: in a study published in Nature Machine Intelligence, the researchers described how it managed to perform a tricky mock surgical task.

The research is part of a greater vision in which surgical procedures are taken over by robots, which offer more precise control than human surgeons.

But so far, these robot surgeons tend to be massive, often almost taking up the entire surgical room. For more detailed work that requires precision, it may be a job for tiny bots.

The researchers' tiny robot surgeon can reach its final shape by "popping up" like a novelty birthday card, according to a statement, after being laser-cut out of a special laminated material. Such a complex three-dimensional shape would be otherwise tricky to construct, according to the team.

Three linear actuators allow it to move up and down, rotate side to side, and extend and retract. The tiny actuators themselves are made out of a special ceramic material that changes shape when an electrical field is applied to it. An LED optical sensor makes sure that it knows where to go.

Early tests showed that the Lilliputian bot had a far "steadier hand" than a human surgeon. It was also far more accurate and less error-prone.

It was even able to successfully puncture a mock retinal vein, only about twice the thickness of a human hair, without causing damage.

More on robot surgeons: Watch a Surgery Robot Operate on a Jack-o’-Lantern

New Robot Can Operate on Eyes With More Accuracy Than a Human Surgeon
11. 7. 16
Read More
RoboHell
Can We Please Stop With These Offensively Stupid "Robotaxis"?
6:21 PM
Read More
Ctrl C Ctrl V
Inspired by Twitter's Struggles, Facebook Considers Making an App Where You Can Post Text. Wait a Second...
5:43 PM
Read More
+Social+Newsletter
TopicsAbout UsContact Us
Copyright ©, Camden Media Inc All Rights Reserved. See our User Agreement, Privacy Policy and Data Use Policy. The material on this site may not be reproduced, distributed, transmitted, cached or otherwise used, except with prior written permission of Futurism. Articles may contain affiliate links which enable us to share in the revenue of any purchases made.
Fonts by Typekit and Monotype.