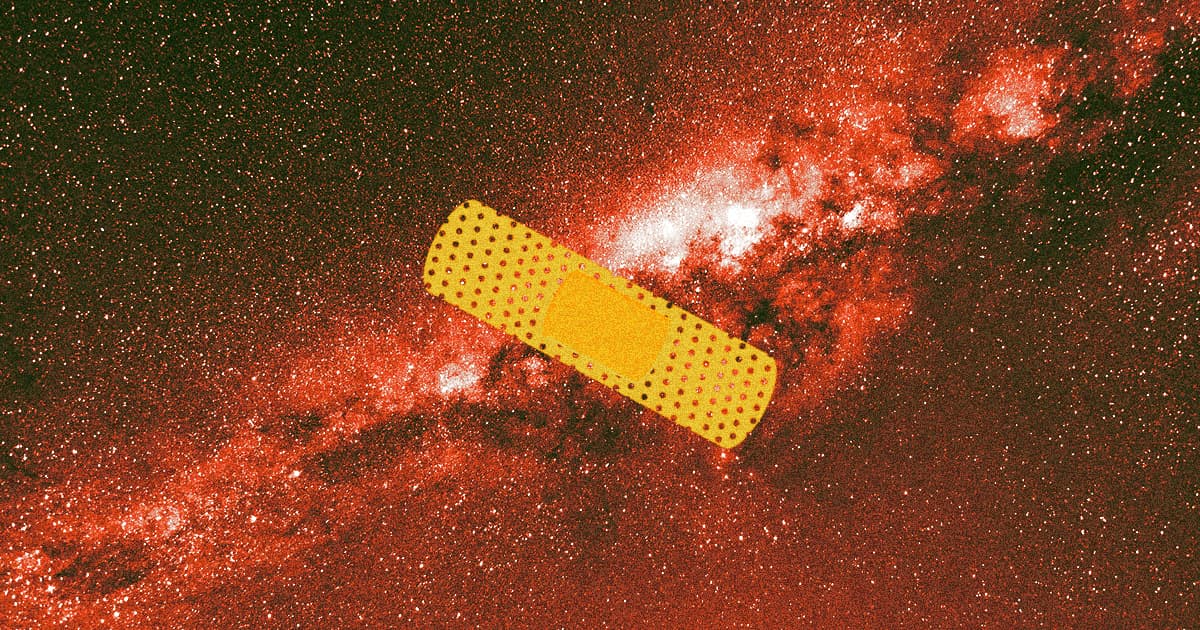 In unfortunate news, astronomers checking up on the overall status of our Milky Way galaxy discovered that at some point in ancient history, the galaxy broke one of its arms, and uh never quite healed. Kind of.

If you think of the galaxy's structure like a skeleton, the break in a spiral NASA scientists found and described in research published last month in the journal Astronomy & Astrophysics is like a fragment of bone, jutting off to the side. But as Space.com reports, this is less of cosmic medical imagery (who do we even call about this?) and more of an opportunity to uncover another chapter in the long, mysterious history of our corner of the universe.

NASA, understandably, had a less gruesome perspective on the whole thing, comparing the broken spiral arm to a splinter in a piece of wood in a new press release. This all started after scientists took a new look at data from NASA's retired Spitzer Space Telescope and the ESA's Gaia mission, which were being used to try and improve NASA's current 3D map of the galaxy.

One of the biggest challenges in mapping the cosmos is accurately determining the distance between two objects. It's not like we can just head out with a tape measurer. And this closer look showed us part of a spiral arm is... actually jutting way off to the side. Probing that "injury" further, then, may answer lingering questions about what happened — did the galaxy assemble itself wrong, or was it somehow damaged? — and why.

"Ultimately, this is a reminder that there are many uncertainties about the large-scale structure of the Milky Way, and we need to look at the details if we want to understand that bigger picture," University of Wisconsin-Whitewater astrophysicist and study coauthor Robert Benjamin said in the press release. "This structure is a small piece of the Milky Way, but it could tell us something significant about the galaxy as a whole."

In the meantime, for the love of god, someone call a galaxy doctor.

READ MORE: The Milky Way has a 'broken' arm that could reveal its galactic history [Space.com]