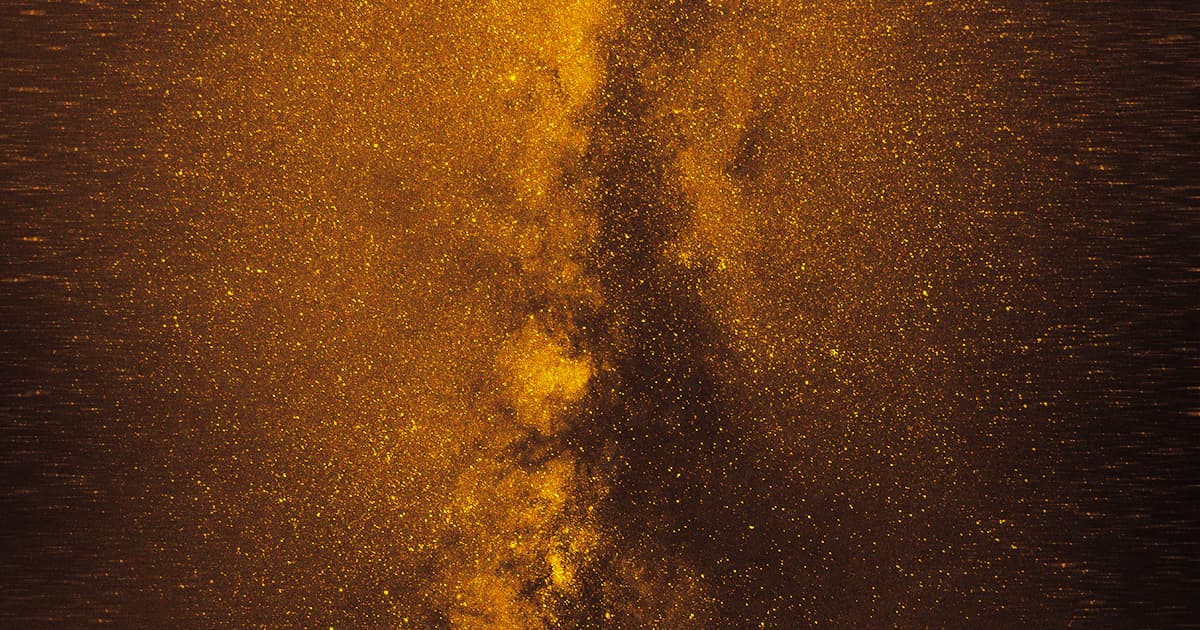 They've called it the Cattail, and that's about as far as they got making sense of it.

They've called it the Cattail, and that's about as far as they got making sense of it.

A team of scientists recently discovered an unbelievably massive gas filament extending throughout the Milky Way galaxy that's so big it's almost hard to believe no one spotted it before now.

The massive filament of space gas is so bafflingly large that the scientists who discovered it aren't even sure what they're looking at, according to research that's been accepted for publication in The Astrophysical Journal Letters and is available as a preprint in the meantime.

On one hand, it's possible that the filament, dubbed the "Cattail" according to ScienceAlert, is some yet-undiscovered structure. But it's equally possible that the Cattail is simply part of one of the Milky Way's spiral arms — a confusion that illustrates how little we actually understand about our own little corner of the universe.

At the surface, it seems like it ought to be easy to determine whether the Cattail is part of the overall structure of the galaxy or its own thing, but it's not like the Nanjing University scientists can just zoom out to get a better look. Measuring the size and distance from Earth of cosmic objects, even within our own galaxy, is notoriously difficult, ScienceAlert notes, and the Cattail doesn’t seem to align perfectly with either explanation.

The absolute unit would be the largest and farthest-reaching spiral arm of the galaxy, but its alignment isn't quite a perfect match with the rest of the Milky Way's structure, so it really is difficult to determine what's going on.

As the scientists wrote in the paper, "it is puzzling that the structure does not fully follow the warp of the galactic disk."

"While these questions remain open with the existing data," they added later on, "the observations provide new insights into our understanding of the galactic structure."

READ MORE: Astronomers Detected a Huge New Structure in The Milky Way, And Don't Know What It Is [ScienceAlert]

More on cosmic giants: The Largest Structures in the Universe Started To Spin and We Don't Know Why