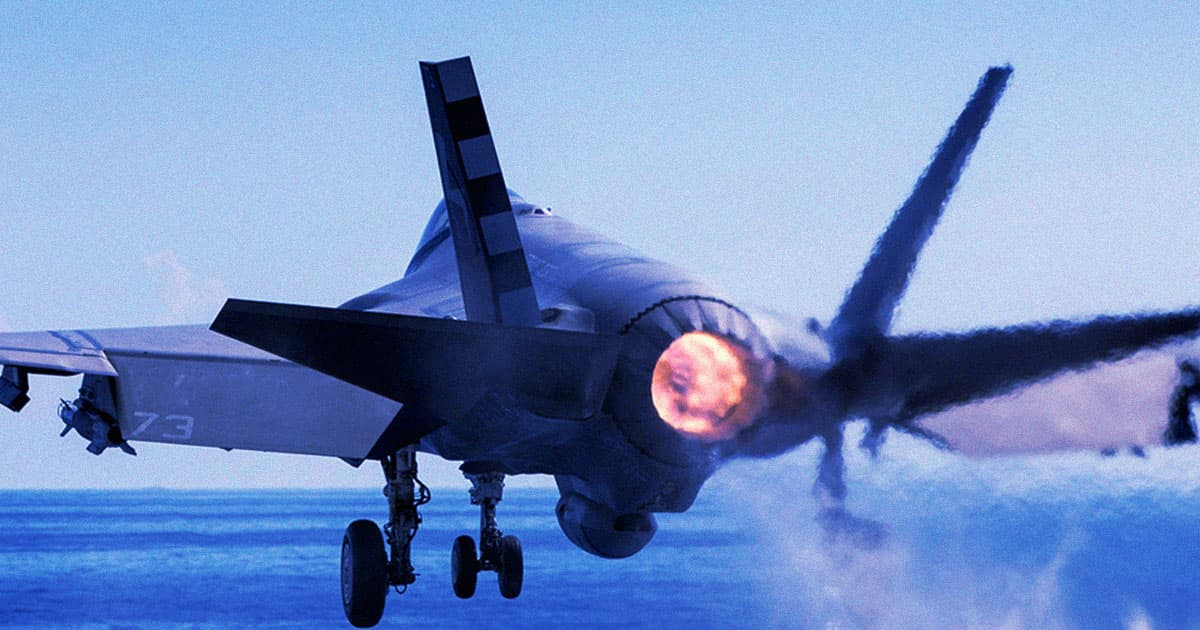 Think you had a bad day at work? Just remember there’s a US Navy pilot out there who crashed a multimillion dollar jet — causing it to sink to the bottom of the ocean.

The US military is frantically searching for a $100 million F-35C fighter jet in the South China Sea after its pilot crashed into the USS Carl Vinson aircraft carrier while attempting to land, The Associated Press reports.

And that’s not exactly surprising, given the fact that the F-35, manufactured by Lockheed Martin, is the most expensive weapons system ever built, with an estimated lifetime cost of $1.6 trillion.

Luckily, the pilot was able to hit the eject button and safely yeet himself away from the crash.

His jet, however, ended up sinking.

“The US Navy is making recovery operations arrangements for the F-35C aircraft involved in the mishap aboard USS Carl Vinson in the South China Sea,” LT Nicholas Lingo said in a statement seen by The Independent.

The F-35C Lightning II jet reportedly carried advanced radar and stealth tech, which makes it a pretty big target for US adversaries. It’s now up to the US military to make sure countries such as Russia and China don’t beat them to it.

However, we still don’t know if other countries — most notably China, given the proximity — are actually looking for it. Lingo added in the statement that the military could not “speculate on what the People’s Republic of China intentions are on this matter.”

The jet is designated as a NATO Joint Strike Fighter. That means Moscow would likely love to get its hands on it, considering the saber rattling it’s doing against NATO forces outside of Ukraine. So the US may also be hoping to get there before Putin snatches it up.