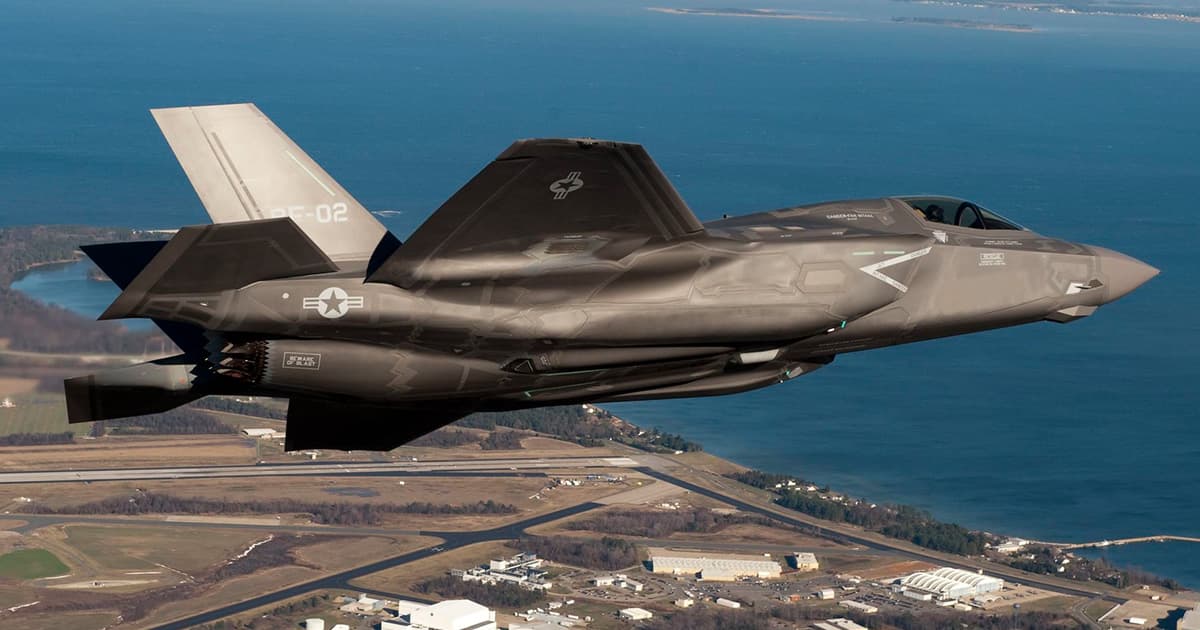 The most expensive weapon ever built, an F-35B fighter jet, accidentally shot itself while flying over Arizona earlier this month.

The jet, which costs around $135.8 million each, had an externally mounted Gatling gun discharge a 25mm armor piercing high explosive incendiary round into itself, causing at least $2.5 million in damage, a military official confirmed to Military.com.

During a nighttime air support mission, the round exploded shortly after leaving the fighter’s cannon. Both the pilot and the jet landed safely.

“The mishap did not result in any injury to personnel, and an investigation of the incident is currently taking place,” Marine Corps spokesman Andrew Wood told Military.com.

The incident was labeled Class A, which is the most severe classification, indicating at least $2.5 million of damages or the complete loss of an aircraft.

It’s still unclear what caused the ammunition to be released and discharge. The cannon itself has a capacity of 220 rounds and can fire at up to 3,300 rounds per minute, according to Military.com.

The F-35B is a highly advanced fighter jet capable of short takeoff and vertical landings, but its development has been plagued with problems since manufacturing began in 2006, as Vice points out.

The total F-35 program has cost an estimated $1 trillion over the years and encountered numerous hiccups, including an incident last year when a jet “rolled, caught fire, and was completely destroyed,” according to an Air Force accident report.

The latest snafu is yet another unfortunate event, especially considering the gargantuan costs — which end up being footed by taxpayers — involved.

More on fighter jets: The Air Force Just Let an AI Take Over Systems of a Military Jet

Look at That Thing
Navy Pilot Describes Bizzare “Tic Tac” UFO Encounter He Filmed
12. 20. 19
Read More
Loose Lips
US Navy Struggling to Deal With an Onslaught of Hackers
3. 13. 19
Read More
Mirror, Mirror
Scientists Say There May Be a “Mirror World” to Our Own
8:12 PM
Read More
+Social+Newsletter
TopicsAbout UsContact Us
Copyright ©, Camden Media Inc All Rights Reserved. See our User Agreement, Privacy Policy and Data Use Policy. The material on this site may not be reproduced, distributed, transmitted, cached or otherwise used, except with prior written permission of Futurism. Fonts by Typekit and Monotype.