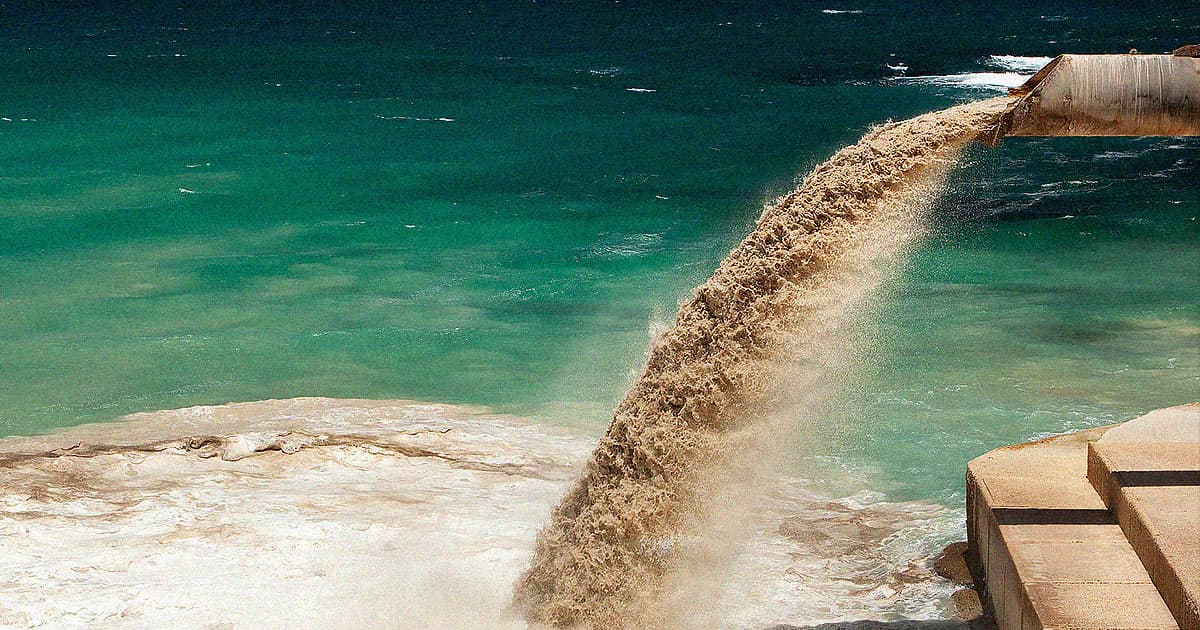 US Military Criticized for Dumping Sewage Into Hawaiian Ocean

The US military keeps dumping wastewater into Hawaii's Pearl Harbor — and the locals are, understandably, pissed.

As the Honolulu Civil Beat reports, the famous harbor is now an Environmental Protection Agency-identified Superfund site thanks to a busted Naval wastewater line that released more than 1,000 gallons of raw sewage into Hawaii's coastal waters.

What's worse: this isn't the first, or even the second, time the US military has been responsible for dumping raw sewage in the oceans surrounding Hawaii, the Civil Beat notes. At the end of September, the state fined the Navy a whopping $8.7 million for reportedly tainting coastal waters hundreds of times with fecal bacteria because due to its extremely messed-up wastewater treatment facility.

The Navy said in a statement provided to the Civil Beat that although the wastewater line leak has been plugged, the sewage that had already leaked into the harbor was "unrecoverable," adding that it would be testing the wastewater for illness-causing fecal bacteria.

Between the wastewater pollution and the military's jet fuel leaks that contaminated drinking water on Oahu — which are the now subject of a class action lawsuit filed against the US government from four families affected by the incident — Hawaiians are calling on the military to either clean up its act or get off the islands.

While water contamination is unfortunately as American as apple pie, it just adds another layer of difficulties for the 50th state, which has suffered extensively due to the presence of the US military since long before it became part of the United States in the late 1950s.

As of now, it's unclear whether the Navy or the US military will actually take any steps to change the way it handles wastewater in Hawaii — or if the people of the island may indeed start forcing a renegotiation of the military's presence on their land.

More on water crises: The Water System in Jackson, Mississippi Has Effectively Collapsed

Researchers Are Working to Remove Anxiety Drugs From Water
2. 22. 18
Read More
Blazing a Trail: Hawaii Becomes the First U.S. State to Commit to the Paris Climate Accords
6. 8. 17
Read More
Powered by the Wave: Tidal Wave Energy Generation Becomes a Reality in U.S.
9. 21. 16
Read More
+Social+Newsletter
TopicsAbout UsContact Us
Copyright ©, Camden Media Inc All Rights Reserved. See our User Agreement, Privacy Policy and Data Use Policy. The material on this site may not be reproduced, distributed, transmitted, cached or otherwise used, except with prior written permission of Futurism. Articles may contain affiliate links which enable us to share in the revenue of any purchases made.
Fonts by Typekit and Monotype.