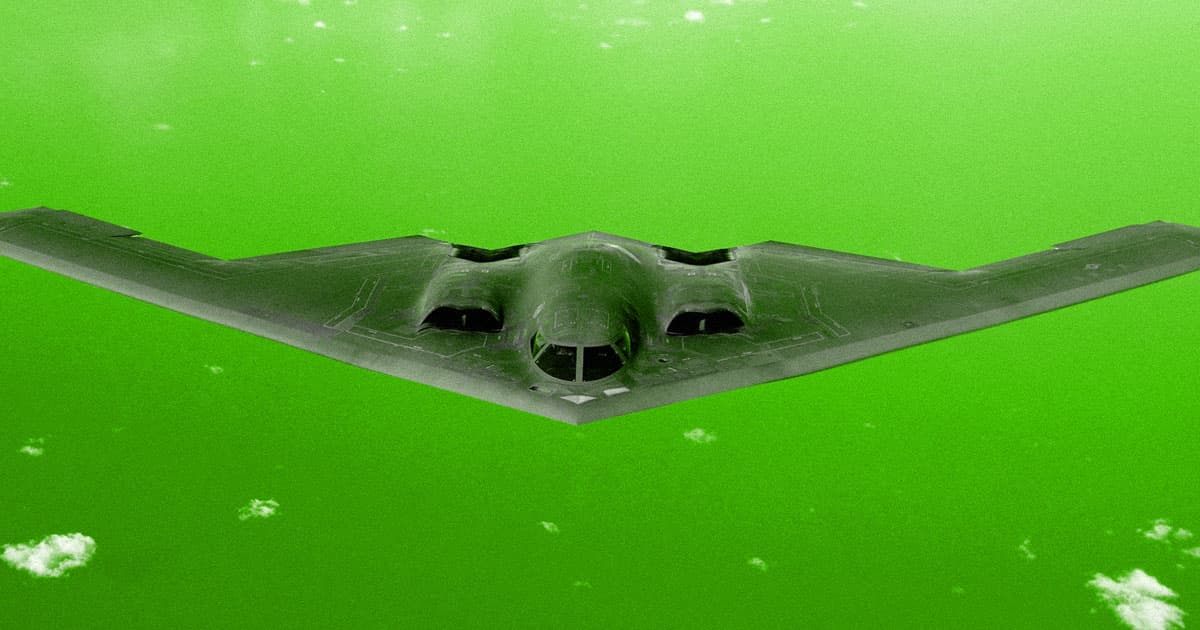 On Friday, approximately 75 alien-enthusiasts gathered in the Nevada desert for Storm Area 51, a jokey Facebook event that went viral back in June.

But just before those folks met up for what ended up being a far smaller event than expected, a public relations unit within the U.S. military took to Twitter to share a "joke" of its own — threatening to kill attendees with a stealth bomber.

On Friday, Defense Visual Information Distribution Service (DVIDS) tweeted a photo of a B-2 stealth bomber along with the caption "the last thing #Millennials will see if they attempt the #area51raid today."

The unit later deleted the tweet and apologized for posting it in the first place.

"Last night a DVIDSHUB employee posted a Tweet that in NO WAY supports the stance of the Department of Defense," DVIDS tweeted on Saturday. "It was inappropriate and we apologize for this mistake."

The tweet was clearly in very poor taste, but had anyone actually attempted to raid Area 51, the military would have legally been allowed to use deadly force against them.

Thankfully, it didn't come to that. In fact, the whole event seems to have gone peacefully. Law enforcement arrested just one person, and even that attendee didn't attempt to breach Area 51's gates — they just got caught urinating near them.

Moon Patrol
US Military Announces Plans for Satellite Orbiting the Moon
3. 4. 22
Read More
Jetpacks are One Step Closer to Becoming Standard for U.S. Soldiers
6. 14. 16
Read More
Hypersonic Missiles May Be a Reality in the Next Decade
3. 3. 16
Read More
+Social+Newsletter
TopicsAbout UsContact Us
Copyright ©, Camden Media Inc All Rights Reserved. See our User Agreement, Privacy Policy and Data Use Policy. The material on this site may not be reproduced, distributed, transmitted, cached or otherwise used, except with prior written permission of Futurism. Articles may contain affiliate links which enable us to share in the revenue of any purchases made.
Fonts by Typekit and Monotype.