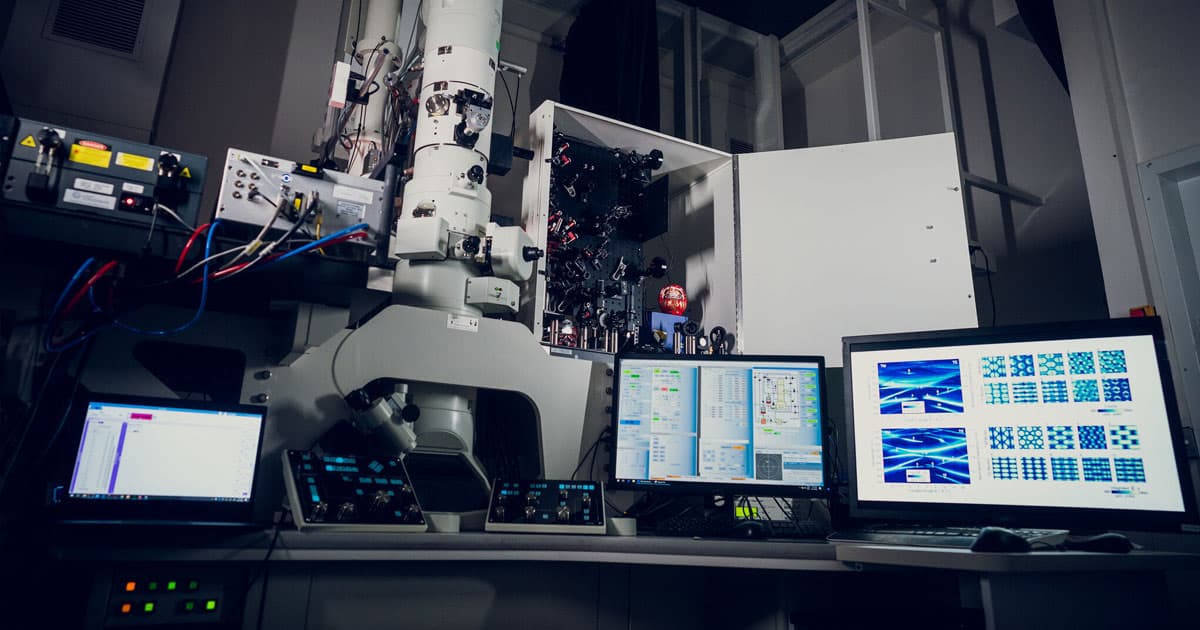 New Microscope Is So Powerful It Can Watch Light Move

This is pretty cool.

This is pretty cool.

For the first time, scientists used a microscope to directly observe light as it traveled through a crystal.

The research, which was conducted with a one-of-a-kind, ultrafast transmission electron microscope at Technion-Israel Institute of Technology, opens up a new realm of possibility to quantum scientists. Not only can researchers now observe phenomena they used to be forced to model or simulate, but the microscopy technique also makes it possible to study poorly-understood facets of the behavior of particles like photons and electrons.

Previous studies using microscopy to analyze quantum behavior were more limited — scientists probed atoms or quantum dots, which had less flexibility in how they could respond to being energized by electrons. In this latest study, the team used photonic cavities, according to research published Wednesday in the journal Nature. Those are essentially nanoscopic crystals in which scientists could directly observe electrons and photons freely flowing interacting.

"This is the first time we can actually see the dynamics of light while it is trapped in nanomaterials, rather than relying on computer simulations," Technion-Israel researcher Kangpeng Wang said in a press release.

Aside from being downright cool — scientists can watch light travel! — the researchers expect their work to help fix a critical problem in quantum computing.

The qubits that store information in quantum computers are notoriously prone to error — and the researchers speculate that their light-trapping technique could make them significantly more stable.