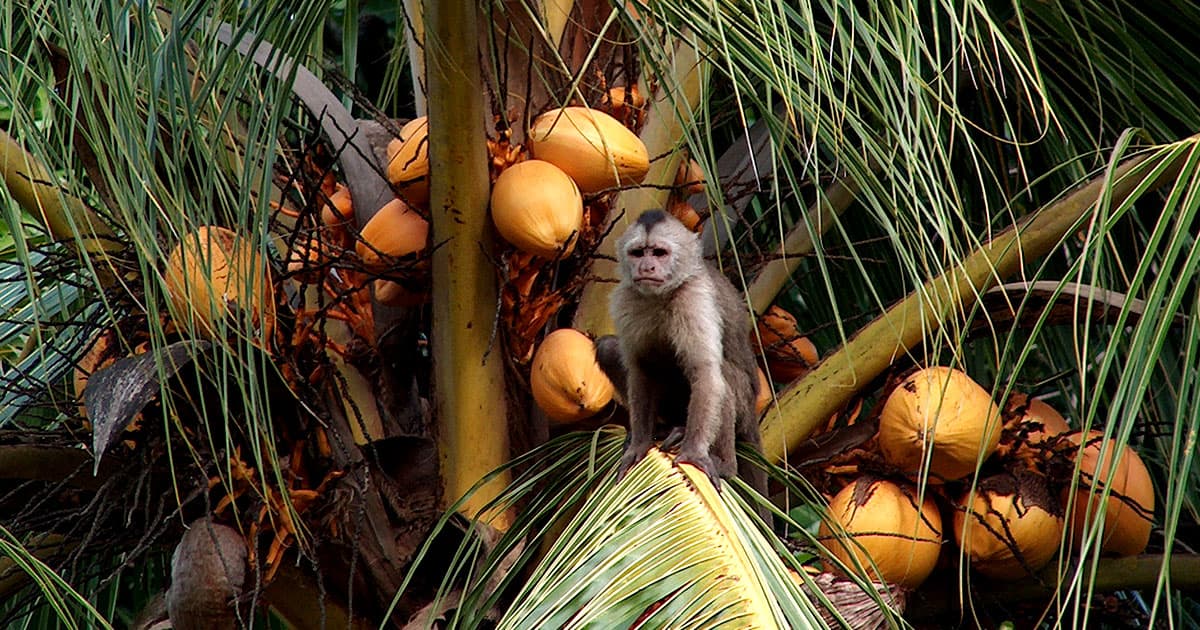 The meal kit subscription service HelloFresh has been accused of using monkey labor — yes, you read that right — to source its coconut milk, per an investigation from an animal rights watchdog group.

As PETA alleges in a press release, the claim is that the trendy delivery company was using monkey labor in Thailand in which the animals were "chained, whipped, beaten, and forced to spend long hours picking coconuts."

It wasn't just a one-off incident, either. PETA claims its investigators visited a whopping 57 operations in Thailand where coconut milk companies that work with HelloFresh forced the animals to work in incredibly dangerous and unsanitary conditions.

Beyond just implicating HelloFresh, PETA is also calling for a boycott of all canned coconut milk products sourced in Thailand "due to the rampant abuse."

"Monkeys are chained around the neck and forced to toil day in and day out, all for HelloFresh and other companies that lack a conscience," PETA Executive Vice President Tracy Reiman said in a statement, adding that the organization "is calling on everyone, including HelloFresh, to stop buying canned coconut milk from Thailand until monkeys are no longer used and abused for profit."

"HelloFresh strictly condemns any use of monkey labor in its supply chain and we take a hard position of not procuring from suppliers or selling coconut products which have been found to use monkey labor," a spokesperson said. "We have written confirmation from all of our suppliers globally that they do not engage in these practices."

Along with HelloFresh, PETA has also linked Tropicana Oil, the Thai Pure Coconut Company, Edward & Sons Trading Company, and several others to operations that use monkey labor.

The Humanity!
Chimpanzee Star of "Buddy" Found Alive After His Owner Allegedly Faked His Death
Jun 6
Read More
Pizza Personnel
Domino's Buying Hundreds and Hundreds of Electric Delivery Vehicles
Nov 23
Read More
Another One
Coinbase May Be in Real Serious Trouble Now
Nov 23
Read More
+Social+Newsletter
TopicsAbout UsContact Us
Copyright ©, Camden Media Inc All Rights Reserved. See our User Agreement, Privacy Policy and Data Use Policy. The material on this site may not be reproduced, distributed, transmitted, cached or otherwise used, except with prior written permission of Futurism. Articles may contain affiliate links which enable us to share in the revenue of any purchases made.
Fonts by Typekit and Monotype.