"Tonka is not a normal chimpanzee." 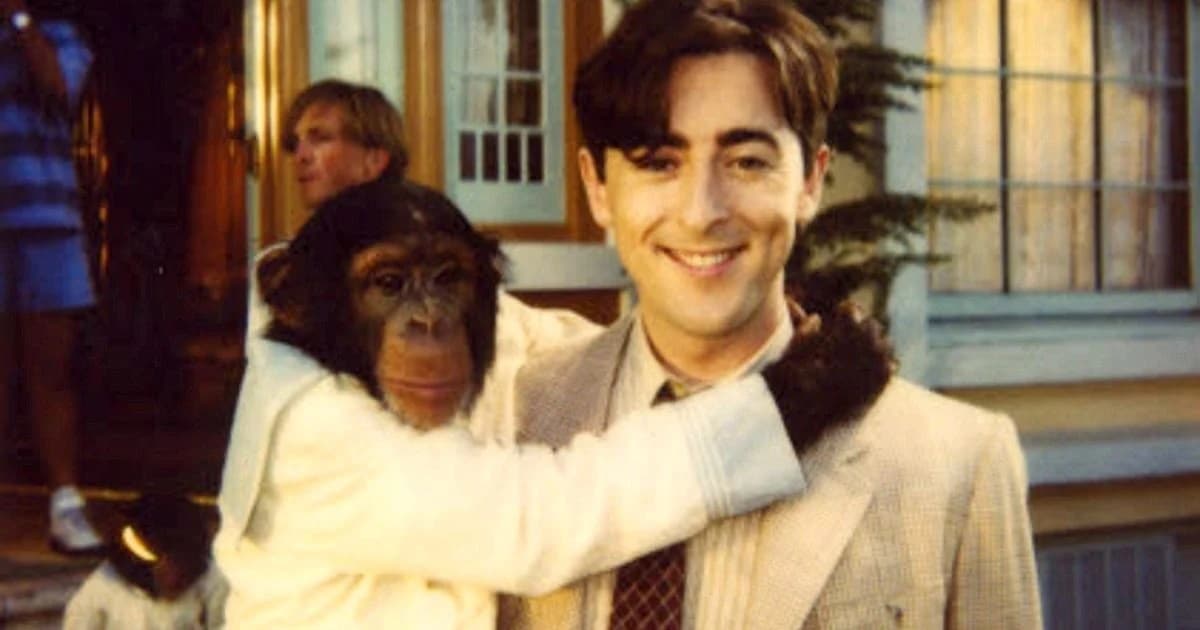 Image by Image via PETA

Tonka the chimpanzee starred in the hit 90s flicks "Buddy" and "George of the Jungle" — and now he's at the center of a legal battle in which his owner allegedly faked his death.

In a press release about the bizarre case, People for the Ethical Treatment of Animals (PETA) claims that the 38-year-old Tonka was found alive after his former owner, Tonia Haddix, faked his death in May 2021.

In an even more eyebrow-raising twist, PETA claim says they discovered Tonka was still alive after receiving intel that Tonka was set to be euthanized on June 2 — a claim the chimp's erstwhile owner denied in an interview with Rolling Stone, in spite of the magazine reviewing a transcript of a recorded phone call in which she seems to admit that she did have an appointment to put him down.

The Tonka saga began in 2016 when PETA sued the chimp's first owner, Connie Casey. As Rolling Stone notes, Casey used to run the now-defunct Missouri Primate Foundation, and had previously bred other chimps, including one who mauled a woman and another who was shot to death by a neighbor when it escaped.

Haddix reportedly took over care for Tonka and six other chimps after the dissolution of Casey's organization, thus beginning a protracted back-and-forth with the courts, at PETA's behest, over how many animals she could have in her care and the quality of her facilities for them. Ultimately, Haddix was ordered to turn over all seven primates to an animal sanctuary in Florida. She seems to have largely complied, but couldn't bear to be parted with Tonka.

The woman told Rolling Stone that she decided to fake Tonka's death rather than give him up after she says he had a stroke.

Though Haddix paints herself as a devoted animal mom — she even refers to Tonka as "the kid" repeatedly in interview with the magazine — PETA disputes that characterization.

Tonka was, according to PETA, found overweight and locked in a small cage nailed to the floor in Haddix's basement, where he was not allowed outside and had no contact with others of his species. Lack of companionship for chimps has been demonstrated to be very bad for their health, with isolation resulting in higher stress levels that can put them at risk for early death.

For now, Haddix told Rolling Stone that she doesn't believe Tonka will survive the trip from her home in Missouri to the sanctuary in Florida because he "just cannot tolerate that."

"Tonka is not a normal chimpanzee," she added. "He is a people chimpanzee because he was raised for the movie sets and he could care less about other chimpanzees. He doesn’t act like another chimpanzee, he loves people."

PETA reportedly learned that Tonka was still alive after someone leaked a recording of a lengthy phone call Haddix had with someone from the crew for her own "Tiger King"-esque documentary about Tonka. In the call, she allegedly admitted the chimp was suffering from "congestive heart failure" and that her veterinarian had recommended euthanizing him.

"I just couldn’t do it," she told the documentary coordinator. "So he made an appointment for the 2nd of [June]."

Haddix told Rolling Stone that she'll die without Tonka, while also warning that if he dies — or, to use her terminology, is killed — at or en route to the sanctuary, that PETA "will be sued from here to yonder."

This tragic story has no clear winners or losers — except, maybe, for Tonka.

Read This Next
Corvid Pandemic
Silicon Valley City to Use Cheapo Lasers to Fight Invasion of Furious Crows
Futurism
AI That Counts And Identifies Wildlife Could Be A Game-changer For Ecologists
Futurism
Changing Regulations Mean Genetically Modified Meat Could Soon Be on Your Plate
Futurism
60% of Primates Are at Risk of Extinction, and Humans Are to Blame
More on Earth & Energy
Reptilian Revenge
8:50 PM on the byte
Saboteur Iguana Causes Mass Power Outage, Then Dies
Drawing the Line
8:00 PM on the byte
Satellite Images Show Progress on 100-Mile Long Skyscraper in Saudi Arabia
Shark Week
3:21 PM on the byte
Scientists Stumble Upon Huge Graveyard of Sharks, Deep Under Ocean
READ MORE STORIES ABOUT / Earth & Energy
Keep up.
Subscribe to our daily newsletter to keep in touch with the subjects shaping our future.
+Social+Newsletter
TopicsAbout UsContact Us
Copyright ©, Camden Media Inc All Rights Reserved. See our User Agreement, Privacy Policy and Data Use Policy. The material on this site may not be reproduced, distributed, transmitted, cached or otherwise used, except with prior written permission of Futurism. Articles may contain affiliate links which enable us to share in the revenue of any purchases made.
Fonts by Typekit and Monotype.