Feds Investigating Why Escaped Lab Monkeys Were Shot to Death

They were just scared little guys! 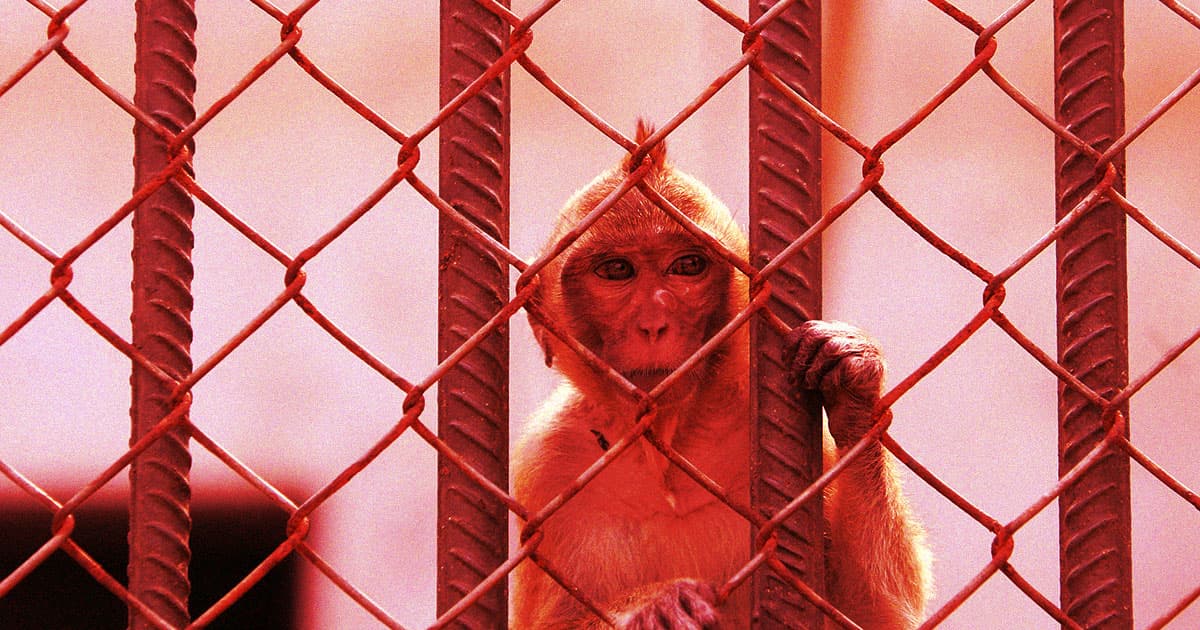 The USDA is looking into why the three crab-eating macaques who escaped after a traffic accident in Pennsylvania were shot by state police.

There's still a lot that we don't know about the saga. The monkeys had just arrived in the US from the African island of Mauritius and were destined for a secured facility to await their routine 30-day quarantine.

Over the weekend, the beloved trio of outlaws escaped in Danville, Pennsylvania after a trailer carrying them and 97 of their comrades — who are all thankfully still alive and accounted for — crashed into another vehicle on the I-80.

Then PETA lodged a complaint, which PennLive acquired, against the state police who seemingly shot the monkeys either during or after their recapture. In the complaint, Alka Chandna, PETA's vice president of laboratory investigations cases, alleged that the shooting may constitute a violation of the Animal Welfare Act (AWA) or other regulations meant to protect animals.

According to the USDA's website, the agency generally enforces AWA violations against facilities that have had repeat complaints, but this case may qualify as "high-priority" since it involves "animal suffering (death or severe injury)" and "potential public or animal safety or health concerns."

The drama surrounding the case thickened when tabloids claimed that a woman who came in contact with one of the escaped macaques had become sick.

But then the woman admitted that she wasn't actually sick, telling Danville's The Daily Item newspaper that she is doing just fine, and was given antibiotics and rabies shots as precautionary measures.

That hasn't stopped the rumor mill from churning, however, with conspiracy theorists claiming the monkeys were being quarantined after deliberately being infected with viruses.

Everything about this story — from the not-so-gentle "euthanizing" of the macaques to it being used as conspiracy fodder — is a tragedy, and reveals just how easy it is for facts to get misconstrued in an information vacuum.

And some fun animal news: Scientist Who Trained Rats to Play “Doom II” Says He May Start Twitch Channel