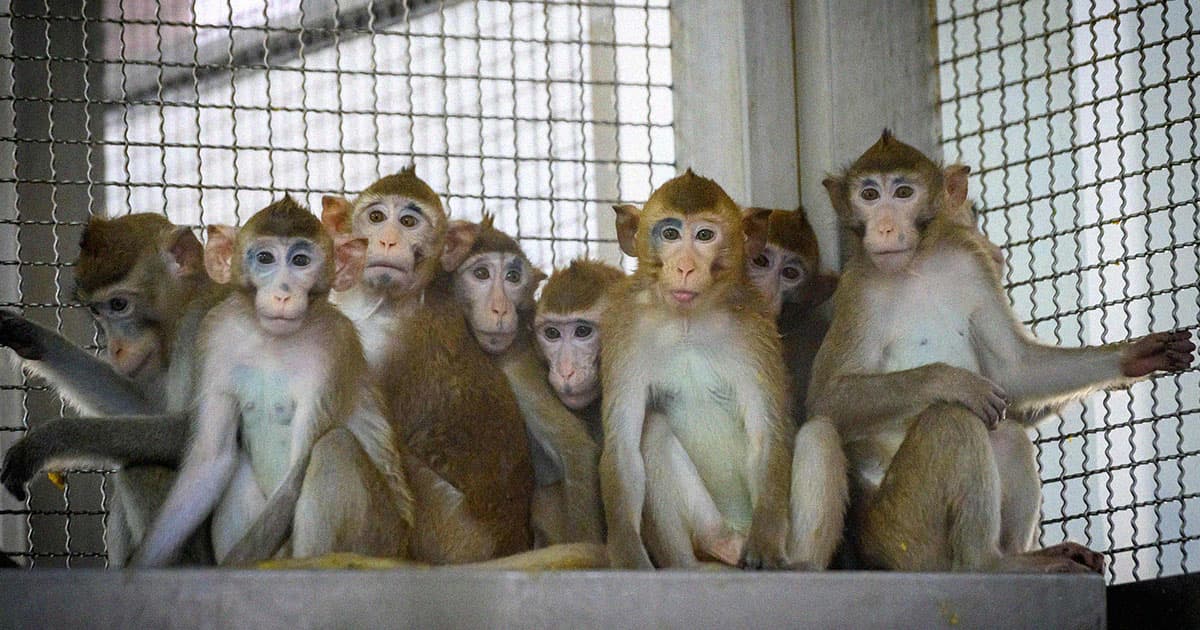 Scientists Recapture Escaped Lab Monkeys and Kill Them for Some Reason

We demand justice for the monkeys.

We demand justice for the monkeys.

Big Banana in the Sky

Welp, this is a depressing update.

Last Friday, three lab monkeys escaped in Pennsylvania after the truck carrying them crashed. The story went viral, and many took to social media to voice their support for the simian deserters.

Sadly, the three monkey outlaws were captured on Saturday evening and later euthanized, The Associated Press reports. A spokesperson for the Centers for Disease Control and Prevention announced the news via email — but they didn’t elaborate on why the three were put down.

The three creatures were riding in a transport truck carrying 100 total cynomolgus macaque monkeys. The vehicle was on its way to a CDC quarantine facility when the crash occurred.

So to recap: a truckload of lab monkeys meant for a mysterious experiment on their way to a quarantine facility crashed and a bunch of them escaped. We’d say it’s a pretty solid set up for a terrifying, end-of-the-world pandemic story — if, you know, we all weren’t already in one.

Plus, we’ve seen this movie before. There’s no need for art to imitate life in this case.