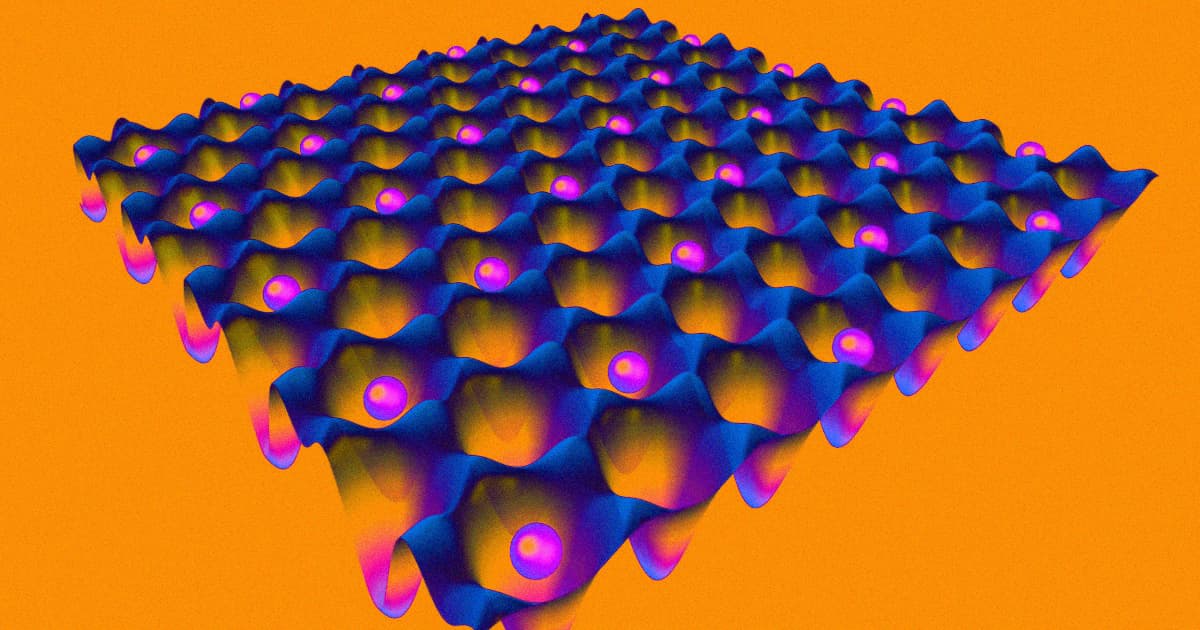 Scientists Create Material Made Entirely Out of Electrons

This is the first time someone claiming to make a Wigner crystal presented proof.

This is the first time someone claiming to make a Wigner crystal presented proof.

For the first time, scientists have managed to create and take images of a Wigner crystal: a bizarre material, made entirely out of electrons, that was first theorized 90 years ago.

Scientists managed to arrange the electrons into a honeycomb-like lattice by sandwiching them in an electric field between two atom-thin layers of tungsten compounds, according to research published in the journal Nature last week. The ability to tame them — which scientists accomplished by exploiting the tiniest differences in the atomic structures of the two tungsten layers — marks an incredible experimental achievement that has, until now, eluded the most accomplished labs in physics.

Other researchers have claimed that they created Wigner crystals in the past, and Nature News notes that they had some convincing evidence. But no one's actually presented imaged evidence of their crystal before, study coauthor and University of California, Berkeley physicist Feng Wang told Nature News in the physicist's version of a microphone drop.

"If you say you have an electron crystal, show me the crystal," he said.

No camera could have possibly imaged the crystal, so the scientists had to get creative. Instead, they managed to get their snapshot using a scanning tunneling microscope (STM), which uses a probe to detect the exact location of the gridlocked electrons by observing how they respond to a tiny jolt of electricity. It's a move that other scientists unrelated to the experiment told Nature News was particularly clever.

"I think that's a great advancement, being able to perform STM on this system," Columbia University physicist Carmen Rubio said.

READ MORE: This is what a solid made of electrons looks like [Nature News]