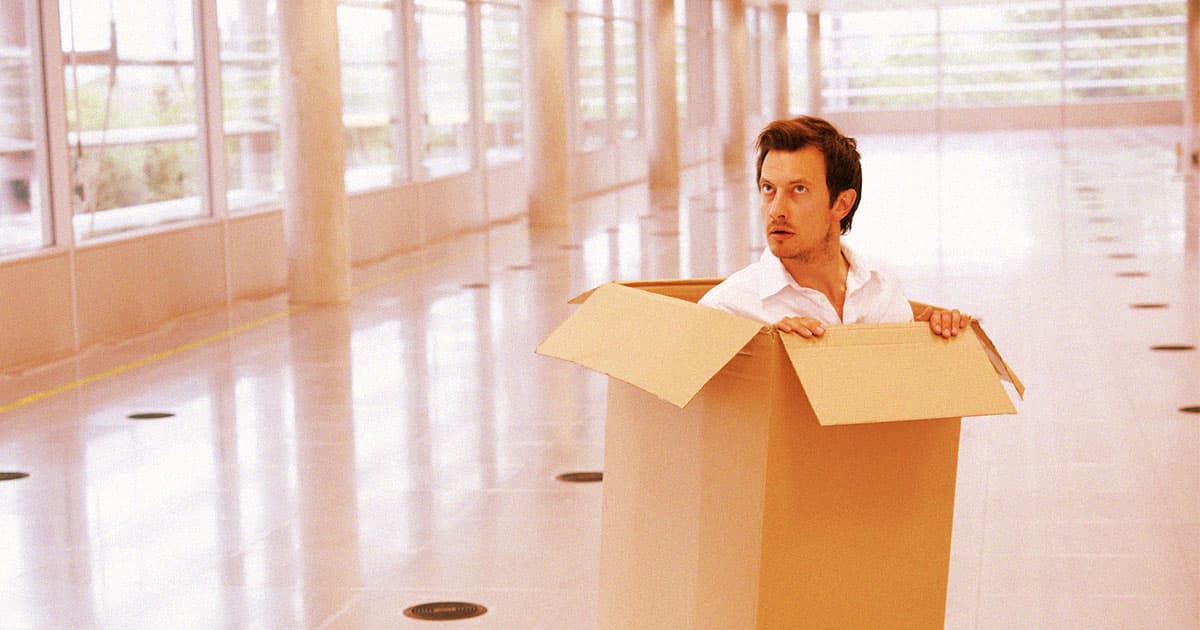 Marines also fooled it by doing somersaults and pretending to be a tree.

Marines also fooled it by doing somersaults and pretending to be a tree.

Hiding in a Box

The Pentagon's Defense Advanced Research Projects Agency's (DARPA) robots were apparently trained to identify human targets — but were easily fooled when soldiers hid in cardboard boxes, a hilarious workaround to billions of taxpayer dollars in AI robotics and AI investment.

That's according to Paul Scharre, a former Pentagon policy analyst who detailed the story in his new book "Four Battlegrounds: Power in the Age of Artificial Intelligence," which is set to be published next month by Norton.

Shashank Josi, a defense editor at The Economist, shared excerpts of the book on Twitter, describing how a team of eight Marines spent six days helping DARPA train its robots' AI — and we'd be laughing if it weren't for the fact that human lives are at stake.

In the excerpts, Scharre describes a bizarre situation unfolding in which Marines giggled as they hid from the robots inside a cardboard box, reminiscent of the video game franchise "Metal Gear."

Other Marines attempted to approach the robot by doing somersaults for almost 1,000 feet or pretending to be a tree.

The latter "stripped a fir tree and walked like a fir tree," only with "his smile" being visible, according to Scharre's account.

Yet these extremely simplistic disguises appeared to work. The bots reportedly didn't detect a single Marine.

"The AI had been trained to detect humans walking," Scharre wrote in his book. "Not humans somersaulting, hiding in a cardboard box, or disguised as a tree. So these simple tricks, which a human would have easily seen through, were sufficient to break the algorithm."

Scharre described the situation "like Bugs Bunny in a Looney Tunes cartoon, sneaking up on Elmer Fudd in a cardboard box."

While the situation may sound like DARPA's robots were anything but capable of identifying a human target, it's unclear when these tests took place. In other words, DARPA may have had time since then to finetune its algorithms to overcome the cardboard box trick.

Comedy of errors aside, the story gives us plenty of pause — it's likely only a matter of time, after all, until soldiers and civilians start being murdered by AI-powered robots on the battlefield.

READ MORE: Marines fooled a DARPA robot by hiding in a cardboard box while giggling and pretending to be trees [Insider]

Killer Bot
Trump Claims Troops Brought Robot on Mission to Kill ISIS Leader
10. 29. 19
Read More
A Web of Sensors May Uncover Secrets of the Deep Oceans
1. 29. 18
Read More
Welcome to the Age of Micro Satellite Swarms
1. 15. 18
Read More
+Social+Newsletter
TopicsAbout UsContact Us
Copyright ©, Camden Media Inc All Rights Reserved. See our User Agreement, Privacy Policy and Data Use Policy. The material on this site may not be reproduced, distributed, transmitted, cached or otherwise used, except with prior written permission of Futurism. Articles may contain affiliate links which enable us to share in the revenue of any purchases made.
Fonts by Typekit and Monotype.