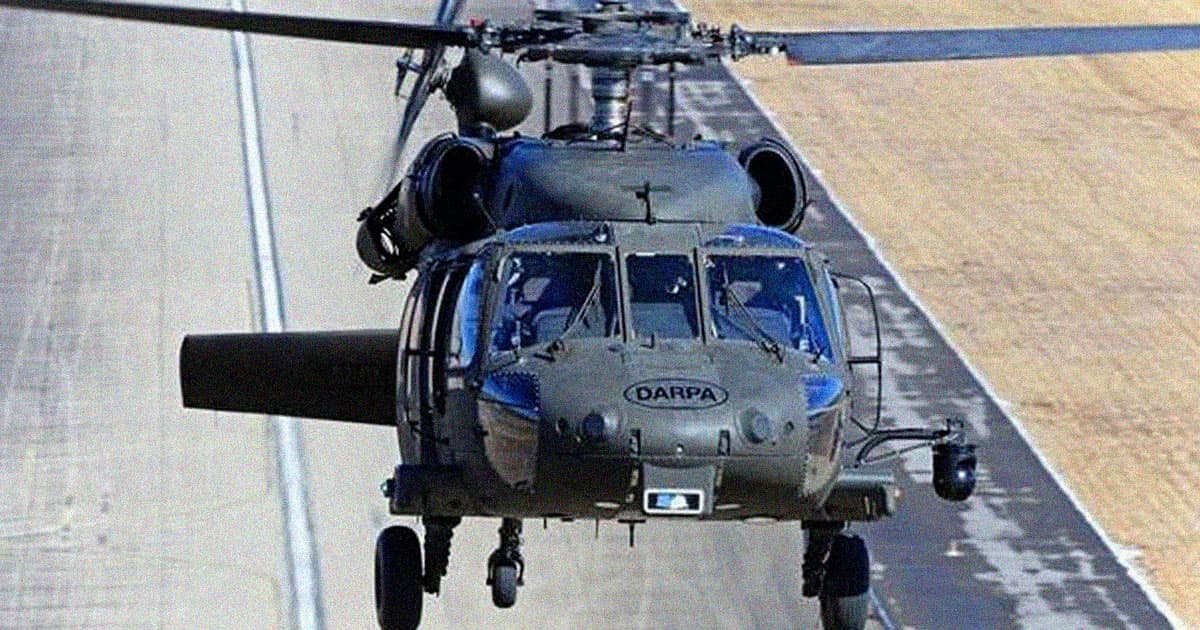 They say it can be easily fitted into existing aircraft.

They say it can be easily fitted into existing aircraft.

The military industrial complex strikes again, as the Defense Advanced Research Projects Agency (DARPA) recently dropped a new Black Hawk helicopter that can fly with no one inside it.

The eerie aircraft is equipped with a new AI from Lockheed Martin dubbed the "Aircrew Labor In-Cockpit Automation System," according to a DARPA press release. It allowed the chopper to fly itself for 30 minutes during a test flight on February 5.

Intriguingly, the system is designed to be easily fitted into "existing manned aircraft." Plug and play — except it’s a killer robot potentially armed with deadly weapons.

The new flying killbot was ostensibly created to give the Army "operational flexibility," Stuart Young, program manager at DARPA, said in the release. This means pilots can focus on other priorities during missions rather than flying a whole helicopter.

Young added that it also gives the military the "ability to operate aircraft at all times of the day or night, with and without pilots, and in a variety of difficult conditions, such as contested, congested, and degraded visual environments."

If that sounds ominous, you're not wrong. The world’s nations are always trying to find ways to get a military edge on each other. Hunter-Killer aircraft a la "Terminator" were really just inevitable.