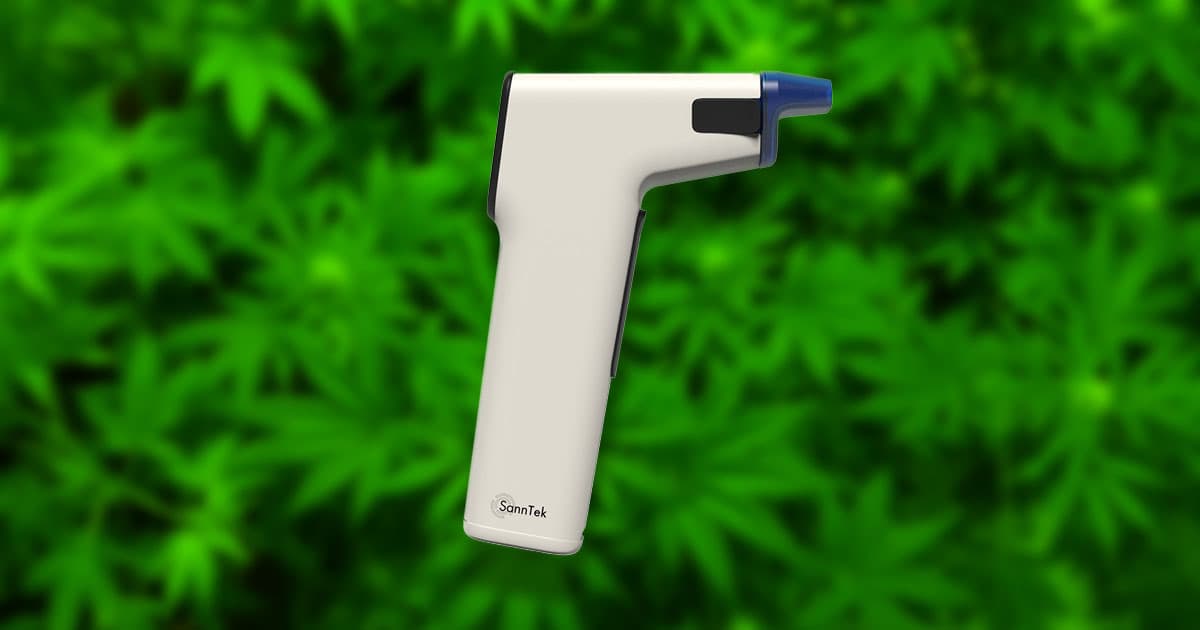 This Startup Created a Marijuana Breathalyzer

And it now has the backing of top accelerator Y Combinator.

And it now has the backing of top accelerator Y Combinator.

If a police officer suspects you've had too much to drink before getting behind the wheel of your car, they can use a breathalyzer to estimate your blood alcohol level on the spot.

But if a cop thinks you're driving stoned, they currently don't have any evidence-based way to immediately confirm their suspicions — they typically have to rely on subjective roadside sobriety tests.

Now, though, Canadian startup SannTek Labs says it's developed a marijuana breathalyzer — and it's caught the eye of top startup accelerator Y Combinator.

SannTek just secured funding as one of Y Combinator's Summer 2019 startups for its SannTek 315, a device that analyzes the molecules on a person's breath to determine the amount of marijuana they've smoked within the past 3 to 4 hours (it's not clear whether it can detect the consumption of vaping or edibles).

"We are specifically detecting Delta-9 THC, which is the predominant psychoactive component of cannabis,” SannTek CEO Noah Debrincat told TechCrunch, later adding, "We know that if people are driving with high concentrations of that in their system, their psycho-motor skills are seriously decreased."

SannTek plans to sell its marijuana breathalyzer to police for less than $1,000, but only if its current talks with U.S. transportation officials go as planned.

"The only way that a police officer will buy this is if NHTSA, the National Highway Transportation Safety Association, puts its stamp of approval on it," Debrincat told TechCrunch.

More on weed breathalyzers: Cheap Drug Breathalyzers Are on the Way, if We Can Figure out How to Use Them

See Spot Fight Crime
It's Official: Police Are Testing Out Boston Dynamics' Robot Dog
11. 26. 19
Read More
Tone Deft
New AI Tells Children That Santa Isn't Real
8:12 PM
Read More
Going Hydrogen
Airbus to Strap Hydrogen Fuel Cell Engine to Massive Superjumbo Jet
6:44 PM
Read More
+Social+Newsletter
TopicsAbout UsContact Us
Copyright ©, Camden Media Inc All Rights Reserved. See our User Agreement, Privacy Policy and Data Use Policy. The material on this site may not be reproduced, distributed, transmitted, cached or otherwise used, except with prior written permission of Futurism. Articles may contain affiliate links which enable us to share in the revenue of any purchases made.
Fonts by Typekit and Monotype.