This superbike could pass for a car. 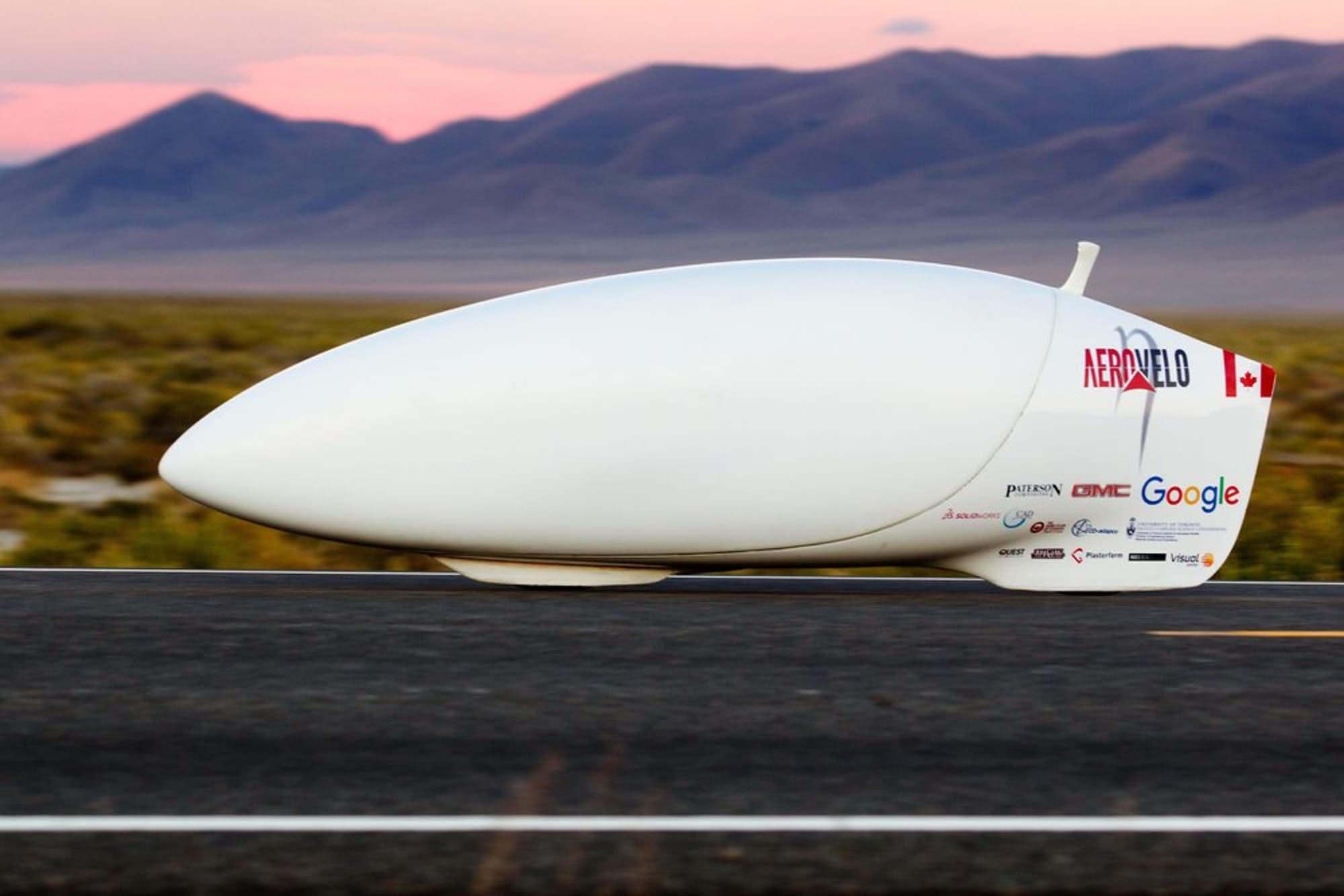 The bike of the future

The engineers at Aerovelo, a Canadian company specializing in human-powered technology, have just broken the world record for the fastest human-powered vehicle. The Aerovelo Eta, named after the Greek letter used to denote efficiency in engineering, hit 144.17 kph (89.59 mph) last week (September 19, 2016) at the World Human Powered Speed Challenge. The affair was held in Battle Mountain, Nevada on Highway 305—the straightest, flattest, and smoothest road in the world.

The record-breaking bike, shaped roughly like an egg, is highly streamlined. Aside from having an aerodynamic shape and coating, the Aerovelo Eta uses carbon fiber weaves to facilitate maximum power transfer through the rigid frame. The rider, reclining at a position optimized for maximum output, pedals inside the superbike.

Analysis shows that the Eta requires roughly 198 watts at 90 kph, or 9,544 miles per gallon equivalent (MPGe), which is the highest per-passenger MPGe of any vehicle.

The future of bikes

Aerovelo co-founders Todd Reichert and Cameron Robertson, in an interview with Dandyhorse, expressed their hopes of stimulating interest in bikes and superbikes. This goes hand in hand with better biking infrastructures in more communities, which goes a long way in encouraging more people to use bikes instead.

Aside from gunning with the mindset that nothing is impossible, the co-founders are optimistic that the record-breaking superbike hopefully inspires a new generation of youth to get into science, technology, engineering, and mathematics (STEM) careers, and innovate more sustainable alternative ways of transport.