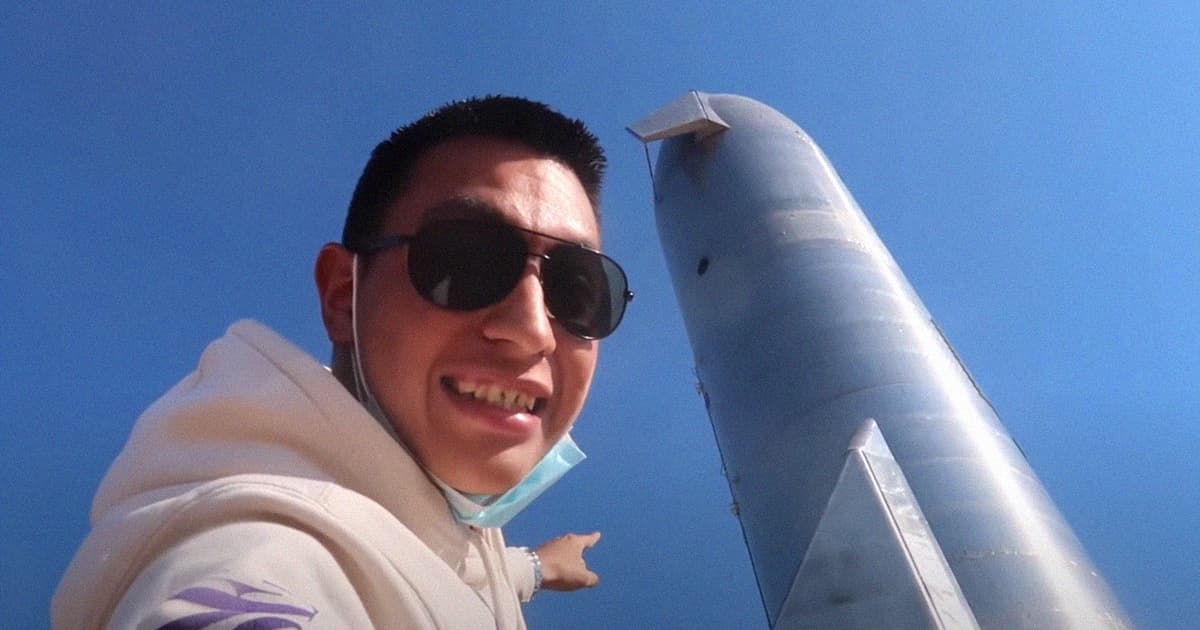 An apology video may not be enough.

An apology video may not be enough.

A YouTuber decided to trespass on SpaceX's Starship facilities near Boca Chica, Texas, last month — and film himself doing it.

Needless to say, the YouTuber from the channel "Loco VlogS" was doing so illegally. He also didn't respond to The Verge's emails and DMs.

The video was promptly deleted — but, like most things that live in eternity once uploaded to the internet, there's already a reupload.

Either SpaceX's safety protocols surrounding its compounds are pretty lax, or the YouTuber did a truly excellent job at concealing himself. For now, the jury is out.

The campus is a quickly growing testbed for SpaceX's Mars-bound Starship rocket. The site has seen multiple large explosions over the last several months as its engineers have worked to develop the first prototype capable of launching itself into the air and making it back to the ground in one piece.

Given the obvious safety hazards, it probably wasn't the brightest idea to enter the facility uninvited. Even NASA is reportedly concerned.

"Yes it was wrong, yes it was illegal," he said in the video. "But in my eyes, in that time of moment, I didn’t really think about that... What went through my mind was, 'Okay, I’m never gonna get this opportunity again.' So I went for it. And, well, this happened."

A silly apology video may not be enough. The Federal Aviation Administration is now investigating the video as well, according to The Verge.

More on Starship: Starship Exploding in the Fog Looks Amazing in Slow Motion