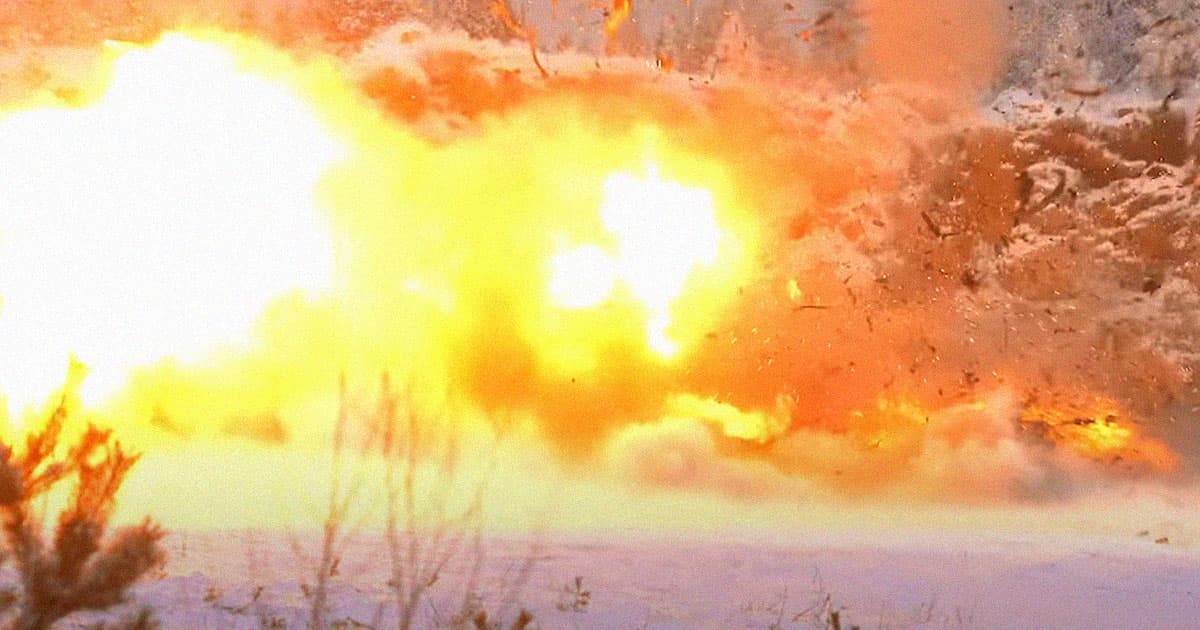 Tesla owner Tuomas Katainen got so fed up with expensive repair costs, error messages and poor customer service that he blew up his 2013 Model S with 60 pounds of dynamite.

A YouTube channel that regularly posts videos of large explosions shared footage of the Model S destruction late last week, and it clearly touched a nerve, racking up more than 2.3 million views.

In the video, Katainen explains how he towed his Tesla to a local dealership where it sat for about a month before he heard back. When he finally did, it wasn't good news. Katainen, from Finland, says he'd have to replace the entire battery cell for just more than $22,000 and Tesla would need to give its permission for mechanics to make the repair.

"So I told them... now I'm going to explode [the] whole car," Katainen says via English subtitles in the video.

All About the Views

The goal of the video is probably to capture Tesla's attention and convince them to address ongoing performance and production issues. The destroyed car even included a doll driver with the face of the automaker's CEO, Elon Musk, printed on it.

Musk probably won't even notice the video, since he's been too busy tweeting about Web3 and NFTs. But even if he did see it, Musk is a giant troll. He's sure to recognize this stunt for what it is. And as the team hides in their bunker from the blast, shows off multiple slow-mo camera angles of the detonation and walks away to a helicopter while superhero action movie music plays in the background, it's pretty obvious the point of this video is the views.

All told, you'll excuse us if we're skeptical of the owner's intentions. Perhaps an organized protest or calls to lawmakers to investigate Tesla oversights could, you know, actually improve safety and production for all Tesla owners. This video is just for shock value, and probably won't change a thing.