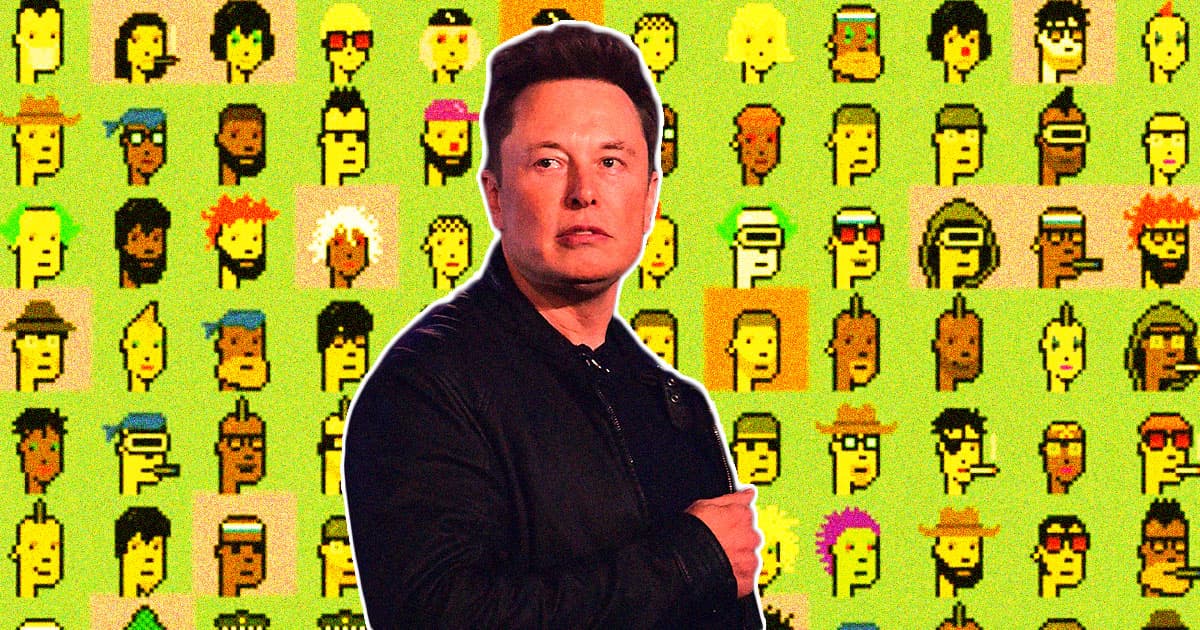 Once again, Tesla and SpaceX CEO Elon Musk has taken to Twitter to mock a group of crypto fanatics — and this time, he's targeting NFT lovers.

On Wednesday, the mercurial entrepreneur tweeted a meme  showing a patient lying on a therapist's couch.

"These 'NFTs' — are they in the room with us right now?" the therapist appears to be asking.

Even setting aside the fact that mocking mental illness is a tasteless thing to do, Musk's attitude toward NFTs and crypto has been a serious roller coaster lately. Just this week, he tweeted that Tesla will make some merch items purchasable with Dogecoin.

Was that tweet another joke? It's hard to say, especially since Musk posted a meme that mocks DAOs (decentralized autonomous organizations) users not two weeks ago, in what may have even been a low blow at his brother. In that tweet, he compared DAO users to weird bathroom stall evangelicals.

Yes, DAOs are different than Dogecoin, which is different than an NFT. But they're all based on the idea of blockchains, and to some, it may just look like Musk has suddenly changed his opinion on all things crypto.

It's hard to know exactly what the ever-facetious Musk is a fan of versus what he's actually mocking, but clearly his words continue to boost or suppress market values for whatever he's talking about. And it's a pretty obtuse joke to play, since the game pieces are other people's real assets.