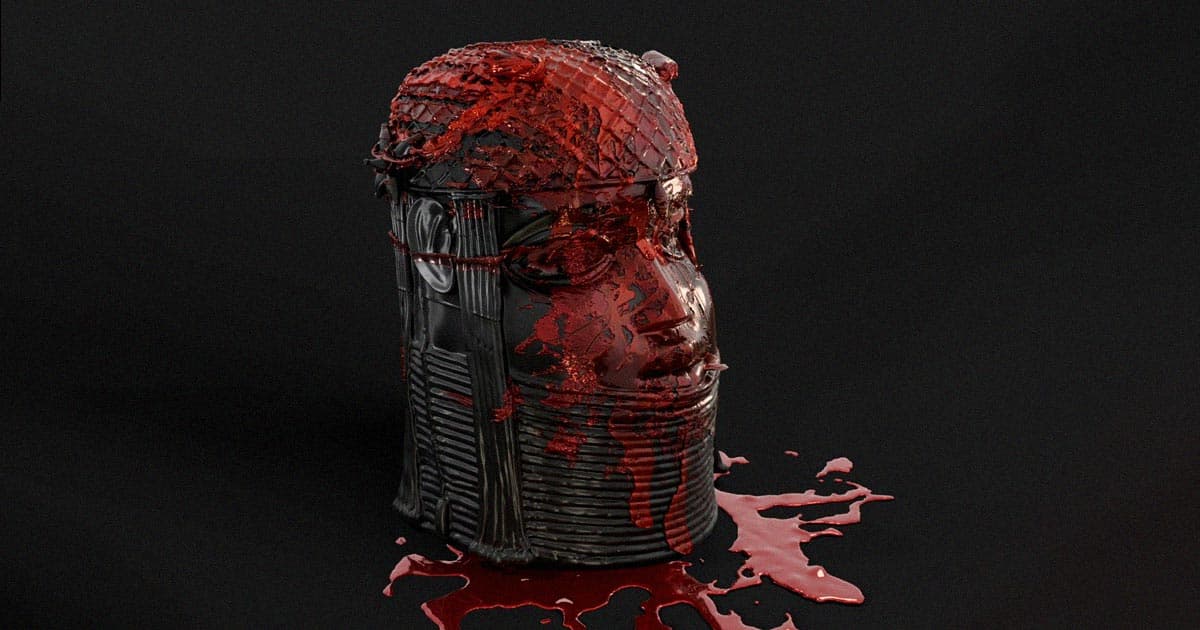 Art Plundered From Africa Stolen Back, Sold as NFTs

This is honestly pretty great.

This is honestly pretty great.

Stealing from the rich to give to the poor is arguably pretty awesome — but stealing from colonial museums to put money back in the pockets of African artists is, somehow, even cooler.

Billing itself as "the world's first digital repatriation of stolen art to the Metaverse," the Looty non-fungible token (NFT) project aims to digitally "steal" ancient African art back from institutions like the British Museum, sell the NFTs they make from the art, and use some of the proceeds to fund young African artists.

The "Looters" behind this project, which was started by Nigerian artist Chidi Nwaubani, claim on their website that their "roadmap ensures that all cultural significant artworks are given back to their correct owners, facilitating access and economic participation" — finally, a sensible and respectable use of the technology.

Though the project's name happens to be a tongue-in-cheek portmanteau of the words "looting" and "booty," the name actually has a much deeper and more sinister meaning as well.

Looty was the name infamously given to a Pekingese Lion dog, which was gifted to England's Queen Victoria in 1860 after a colonial captain looted her from the Chinese Summer Palace in Beijing during the Opium Wars.

Presented to the queen as part of a "royal collection of dogs," Looty's name "makes rather ironic reference to her origins and acquisition," the NFT collective notes on its website.

Our project Looty was actually named after this Pekinese Lion Dog. To many people its just an innocent image of a cute looking dog, but it has a sinister back story pic.twitter.com/Qjvj0APQUl

The project, its name, and its stated purpose grapple with concepts that have long been familiar to the art world — but which have, seemingly, gone unexplored by the NFT community.

It's also quite possibly one of the first NFT projects we have ever seen that actually seems kind of cool — which is a feat unto itself given how the community surrounding these virtual assets has drawn lots of scorn and hilarity ever since the term NFT became a household name not long ago.

More on NFTs of extant works of art: Broke Museums are Selling NFTs of Famous Paintings by Raphael and Da Vinci