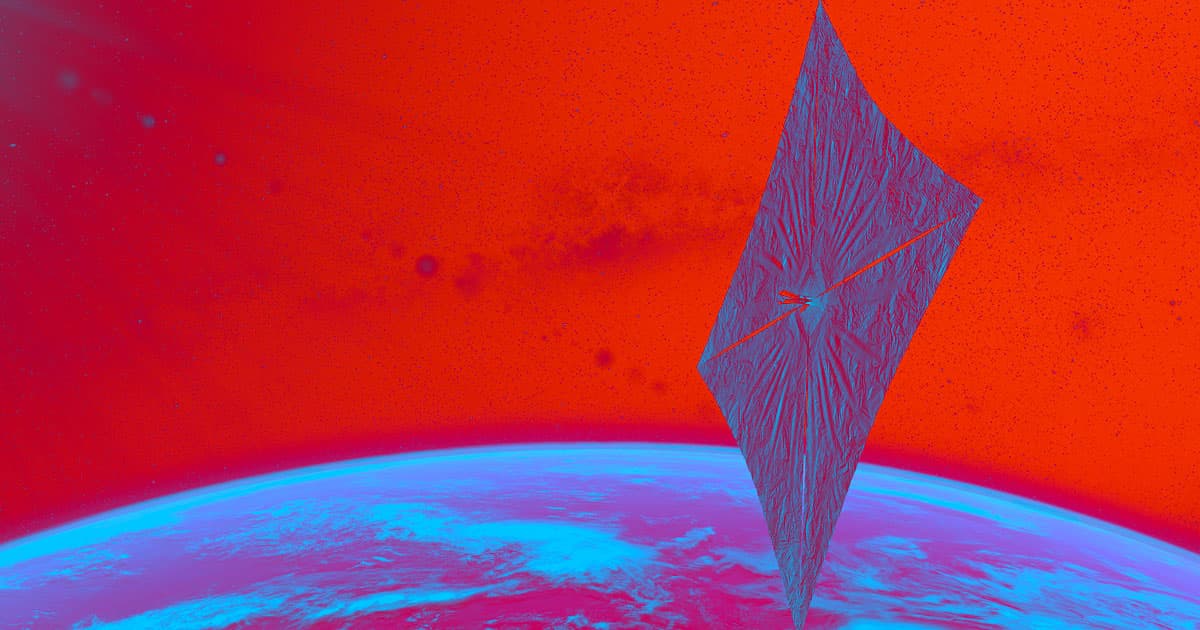 The boxing ring-sized sail will use pressure exerted by the Sun's radiation as a way to move through space.

The boxing ring-sized sail will use pressure exerted by the Sun's radiation as a way to move through space.

The Planetary Society's LightSail 2 satellite successfully unfurled its boxing ring-sized solar sail on Tuesday and is getting ready to absorb solar rays as its only energy source for propulsion. It could soon represent the first time a spacecraft has traveled through space using only sunlight.

The unusual spacecraft is investigating an exciting form of locomotion in the far reaches of outer space — something that astronomers have been wondering about for hundreds of years.

German 17th century astronomer Johannes Kepler theorized that sails and ships could one day be "adapted to the heavenly breezes." Now we know that the Sun's photons exert tiny amounts of pressure which could be collected and used by a spacecraft's "sail" for propulsion. The big advantage: no need for heavy liquid fuel and conventional solar arrays as an energy source.

Slow And Steady Wins The Race

LightSail 2 rocketed into orbit on top SpaceX's Falcon Heavy rocket in June to begin its journey. It even snapped some impressive pictures of Earth as it entered our planet's orbit.

If all goes according to plan, LightSail 2 could soon start zipping through outer space — but at an incredibly slow velocity at first. The Sun's photons only exert pressure equal to the weight of a paperclip.

The unique spacecraft will spend about a year in Earth's orbit before the team behind it will adjust its orientation to eventually burn up in the atmosphere.

Ayy LMAO
Harvard Astronomer Defends Hypothesis That Object Is Alien Probe
1. 14. 19
Read More
To Explore Alien Planets, We Need a Better Braking System
3. 24. 17
Read More
Light Could Be The Answer To All Our Space Travel Problems
3. 21. 17
Read More
+Social+Newsletter
TopicsAbout UsContact Us
Copyright ©, Camden Media Inc All Rights Reserved. See our User Agreement, Privacy Policy and Data Use Policy. The material on this site may not be reproduced, distributed, transmitted, cached or otherwise used, except with prior written permission of Futurism. Fonts by Typekit and Monotype.