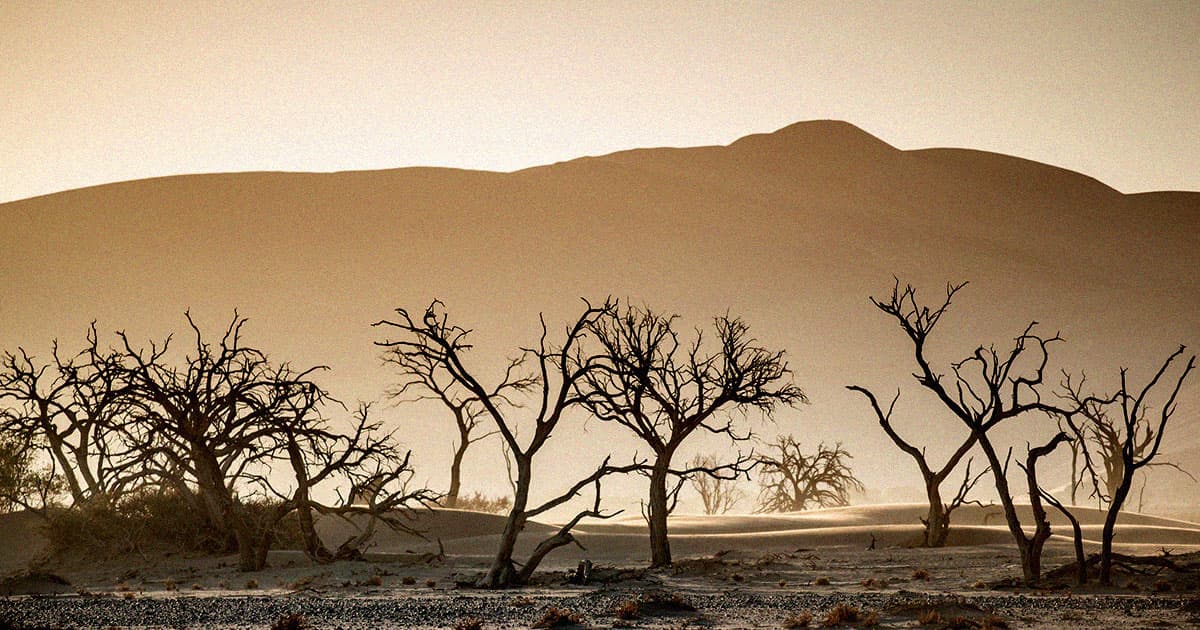 What will people be dying from in 60 years? One 64-year-old scientist, who says his life may not even be halfway over yet, old plans to find out.

In a new interview with the Atlantic, Brian Hanley explained his life-extending experiments and why he thinks climate change will probably be his future cause of death.

Hanley, a mathematical biologist, started a company called Butterfly Sciences. He's been testing therapy on himself that he believes might extend his life span, and crucially what he calls "healthspan," or the period during which he remains in good physical and mental shape. None of it is FDA-approved, and Hanley only tests on himself — giving off, dare we say, a certain degree of mad scientist vibes — but Hanley says he's pretty sure the work will pay off.

"I’m a scientist, so I’m not going to put a hard number on what I expect. My family line is pretty long-lived," Hanley told the magazine. "I have no reason to think that I won’t hit 80 at least. I suspect I’ll live beyond that. I would put the outside limit at about 150 to 160 years."

Hanley concedes that a lot of people in his generation "really fucked some things up," including climate change and students loans, and hopes his work gives him a chance to set some of right. But he knows that living longer probably could well mean that climate change will be his demise.

"I accept a high probability that weather and climate will be the cause of my death, either directly, like a tornado or a typhoon or fire, or indirectly, like crops failing," Hanley told the Atlantic.

Hanley's goal isn't as far-fetched as you might imagine. Just last year a study found that in perfect health, humans may live up to 150 years. And there are things we can do to help get there that don't require experimental gene therapy, although they might not be ideal — like castration, for example.

Hanley only wants to achieve a longer life if he's in good health and can contribute meaningfully, and while that does raise ethical questions, it's at least good to know some older folks are trying to right the wrongs of the past right now.

Brands We Love
This Revolutionary Supplement Is Designed to Offset the Side Effects of Adderall
2. 17. 20
Read More
An End to Aging: Can Science Allow Humans to To Become Immortal?
3. 3. 17
Read More
Seat With a View
Passenger Jet Flies Over Launchpad Right as SpaceX Rocket Takes Off
3:22 PM
Read More
+Social+Newsletter
TopicsAbout UsContact Us
Copyright ©, Camden Media Inc All Rights Reserved. See our User Agreement, Privacy Policy and Data Use Policy. The material on this site may not be reproduced, distributed, transmitted, cached or otherwise used, except with prior written permission of Futurism. Articles may contain affiliate links which enable us to share in the revenue of any purchases made.
Fonts by Typekit and Monotype.