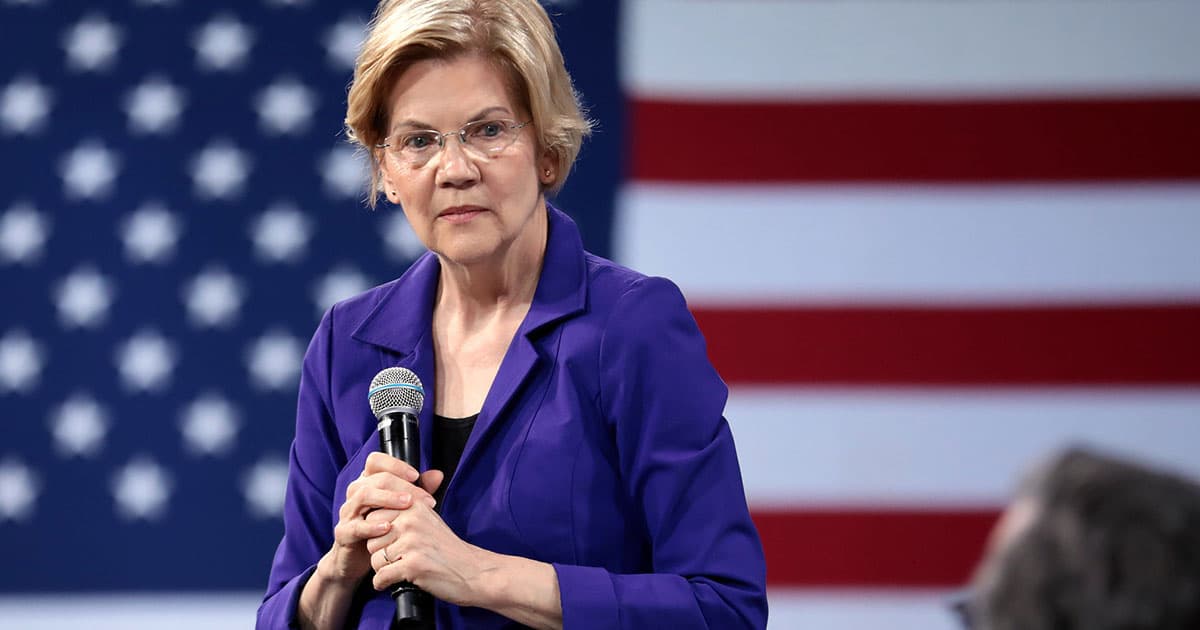 He called her plan to break up big tech an existential threat.

He called her plan to break up big tech an existential threat.

At an internal Q&A session with Facebook employees, Zuckerberg spoke candidly about issues facing the company. His concerns ranged from election security and TikTok to the possibility of a Warren presidency, according to two hours of leaked audio obtained by The Verge. The takeaway: he's very concerned about Warren, and willing to fight tooth and nail.

"But look, at the end of the day, if someone’s going to try to threaten something that existential, you go to the mat and you fight," Zuckerberg said.

When asked about rising political scrutiny and pressure facing Facebook, Zuckerberg said he's not worried about Facebook being broken up on antitrust grounds. But he is concerned that someone — potentially Warren — will damage the company by attempting to do so.

It's not much of a surprise that Zuckerberg, who has maintained control of Facebook since founding it in 2004, opposes breaking up the company.

But he did admit that some concessions may be necessary to prevent antitrust action. He suggested that if people don't feel like the government can oversee the tech sector, they'll "demand more extreme measures."

"I think that the direction of the discussion is concerning," he said.

READ MORE: All Hands On Deck [The Verge]