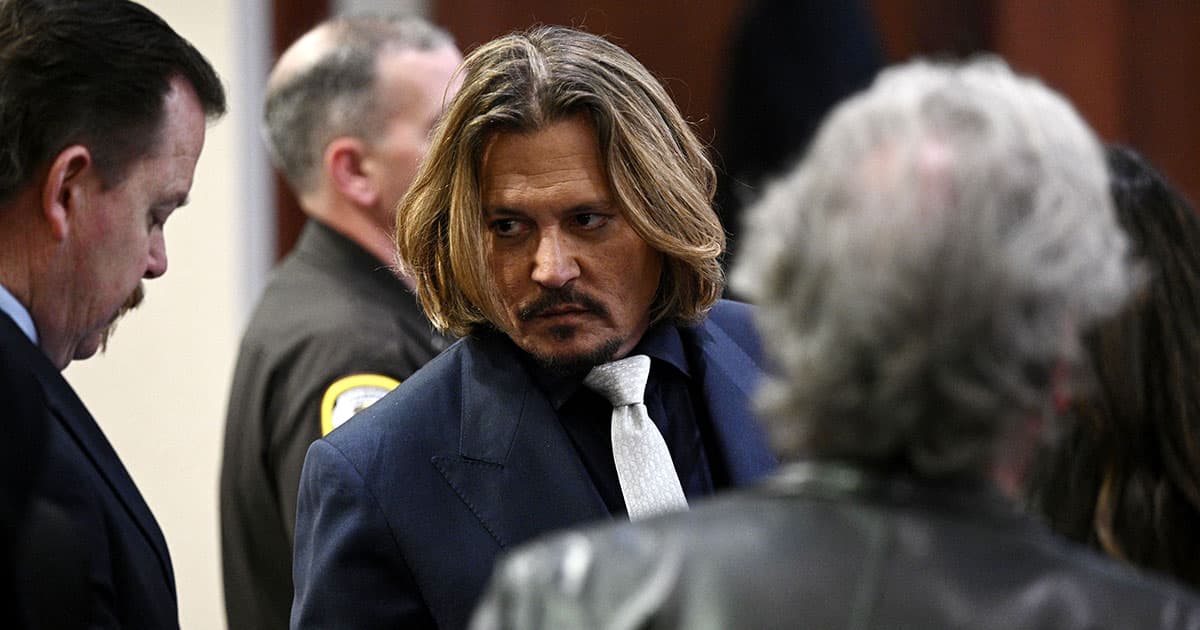 Lawyer Accuses Johnny Depp of Being "Obsessed" With Elon Musk

This is already getting so messy.

This is already getting so messy.

Hollywood star Johnny Depp's lawsuit accusing ex-wife Amber Heard of defamation is off to a wild start — including a wild crossover with the world of SpaceX and Tesla.

During opening statements inside a Virginia courtroom on Monday, Heard's lawyer claimed that "Johnny Depp is obsessed with Elon Musk," which drew a visible smirk out of the "Pirates of the Caribbean" actor, the Independent reports.

It's a peculiar intersection of some very different types of celebrities. Though, to be fair, Musk has certainly seldom been immune to getting pulled into various court proceedings.

During a 2020 hearing, Depp's lawyer claimed Heard had an affair with the Tesla CEO "one month" into their 2015 marriage.

"Elon and Amber didn’t start seeing each other until May 2016, and even then it was infrequent," a representative for Musk told Vanity Fair last month. "Their relationship didn’t become romantic until some time later."

Musk was also reportedly referenced in some chilling and vile texts sent by Depp that date back to around the time Heard was dating Musk.

Depp hasn't exactly made much headway. In 2020, he lost a high-profile libel case with a UK court siding with The Sun, one of the UK's most infamous tabloids, which had labelled him as a "wife beater."

But now Musk, alongside other A-lister celebrities including James Franco and Paul Bettany, are rumored to be listed as possible witnesses by Heard.

Another of Heard's lawyers went on to describe Depp as "an obsessed ex-husband hellbent on revenge," according to the Independent.

Heard is also accusing Depp of sexual assault during this trial, making new claims public for the very first time.

It's probably as messy as a highly publicized divorce can get — and it's also a terrible time for Musk to be in "goblin mode."

Whether Musk will even get called to the stand remains to be seen. But it's certainly not out of the question.

More on Musk: Elon Musk Gets Sued Over Twitter Shenanigans