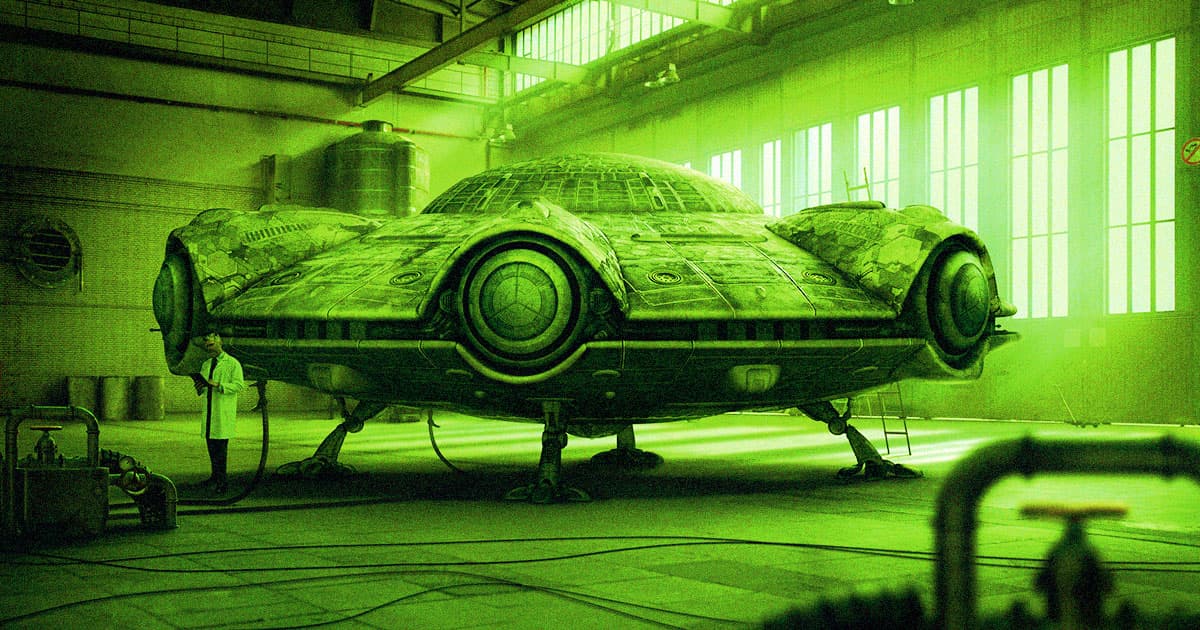 The bill would allow funding requests to "replicate any such advanced characteristics and performance" of UFOs.

The bill would allow funding requests to "replicate any such advanced characteristics and performance" of UFOs.

Congress is set to pass a new defense bill introduced on Tuesday that would allow funding to reverse engineer UFO technology.

That’s right. Just like in the "Independence Day" movies.

The bill would form a rapid response force that would conduct field investigations and analyze data from any sightings of unidentified aerial phenomena (UAP), the US government's preferred term for UFOs, reports Military.com. The group appears to fall under the purview of the UFO task force that the Pentagon announced two weeks ago.

"Protecting our national security interests means knowing who and what are flying in US airspace," Rep. Ruben Gallego, a cosponsor of the legislation, told Military.com. "Right now, our system of tracking and identifying UAPs is scattered throughout the Department of Defense and other departments and agencies of the federal government."

The bill would also require the Pentagon to create a research process that would allow it to understand any UAP that appears beyond the "known state of the art in science or technology."

Any data gathered could also be used in funding requests to "replicate any such advanced characteristics and performance" of UAPs, according to Military.com. In other words, the government wants to attempt to reverse engineer UFO tech.

While it’s certainly intriguing that the government is much more gung-ho about UFOs lately, it's important to note that this should all be taken with a gigantic grain of salt.

Most UFO sightings are likely the result of optical illusions or hardware glitches. It’s also likely that at least some of them are technology from here on Earth.

Still, this opens the doors for research the likes of which would have probably gotten government scientists laughed at just a decade ago — or at least, taken to go work at Area 51.

More on the UFOs: Politicians Push for “UFO Office” to Study Tech from “Adversaries or Any Other Entity”