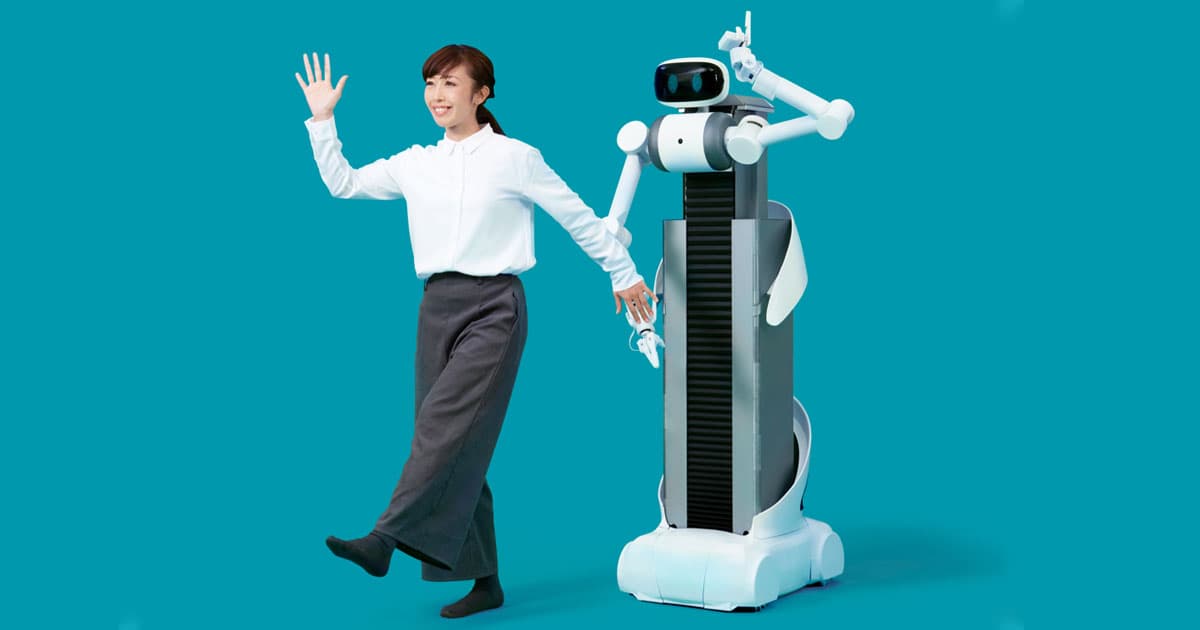 Your clothes will be out of style by the time it finishes folding them.

Your clothes will be out of style by the time it finishes folding them.

We're sure we're not the only ones who can't wait for the arrival of robot housekeepers à la the Jetson's Rosie.

Unfortunately, Mira Robotics' latest effort isn't quite there yet.

On Thursday, the Japanese startup unveiled ugo, a laundry robot, at an event in Tokyo. After watching an incredibly entertaining demo video, we've come to the conclusion that there's probably someone out there who'd love to have ugo in their home — though we quite can't imagine who that person might be.

What makes the demo so entertaining is the comically slow pace at which the laundry robot moves — it needs just under a full minute to pick up a single towel from a basket and drape it over a rod a (human) arm's length away to dry.

We never actually see the robot remove the towel from a washing machine or fold it, the two other tasks The Japan Times claims it demonstrated at the unveiling event. Maybe their cameras ran out of hard drive space before the robot finished.

OK, so the robot is slow, but that could be forgiven if it could actually do laundry. Maybe it's like a crock-pot — users are supposed to set the bot up and forget it about it while it tackles chores.

But here's the other weird thing about ugo: it's not autonomous. There's actually a human controlling the robot's every move, as revealed in a second demo video.

So, if there's a human controlling each ugo, why wouldn't a person just, you know, hire a human to do their laundry? Because people don't want other humans in their homes, according to Mira.

The startup told The Japan Times during the unveiling event that the robot provides a level of privacy that a human housekeeper doesn't. Its cameras filter out anything that isn't chore-related, and the machine can be restricted to certain areas of a person's home.

The company believes it'll be able to cut the cost of a housekeeping service by up to 80 percent a month, too, by having a single trained operator control multiple robots, according to The Japan Times article. But in the demo video, it certainly seems like the bot requires an operator's undivided attention.

Mira plans to conduct closed beta testing of ugo in August and then launch its service in May 2020. It thinks it'll be able to attract thousands of users by 2021 — but unless it can find a way to speed up the bot considerably, we'll keep waiting for Rosie.