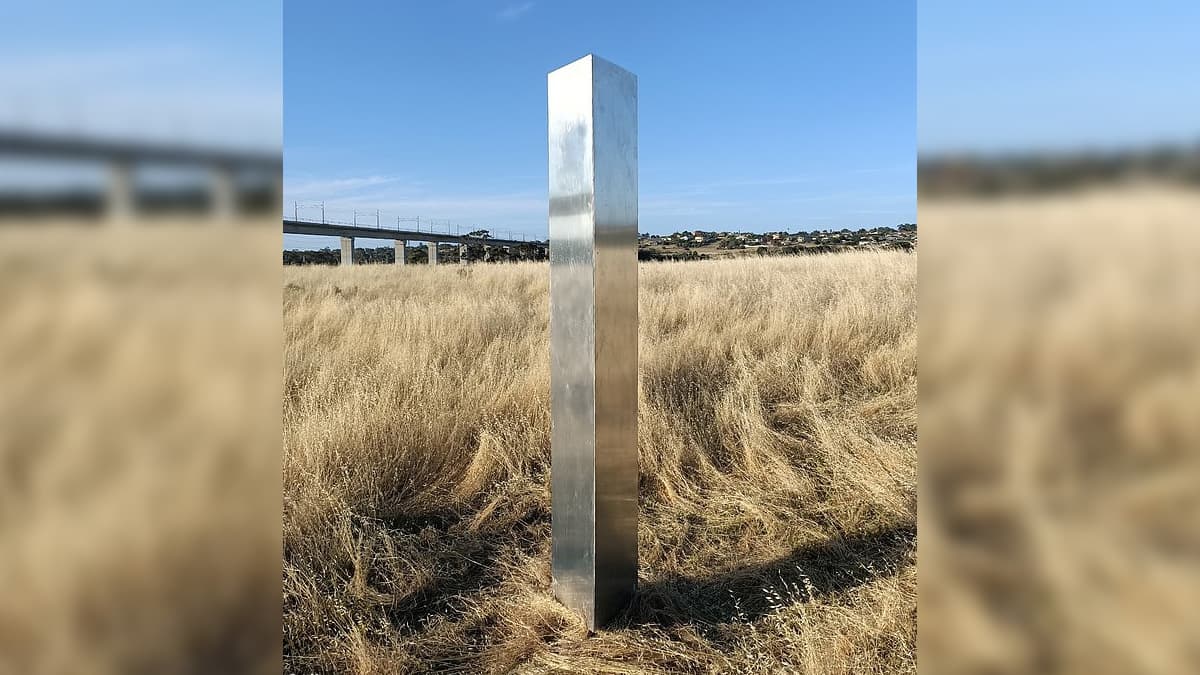 The Latest Mysterious Monolith Is Engraved With Coordinates

They point to some ominous places.

They point to some ominous places.

Australia just got its own mysterious metal monolith — and this time it features coordinates engraved on its surface that point to some cryptic places, as Yahoo News reports.

The world has been gripped by monolith fever, with a countless number of new ten-foot-ish installations popping up around the globe on an almost daily basis.

The first one, discovered in the Utah wilderness last month, may have been there for several years — but succeeding monoliths seem to have been installed not too long ago. Apart from some differences in quality assurance and finishes, most of the structures have looked roughly similar.

The most recent monolith, discovered in a field outside of Adelaide in South Australia, is adding its own little twist to the story: cryptic coordinates engraved into its surface.

And they point to some peculiar places: the first coordinates point at Trump Tower in New York, the second to an uninhabited island in the Northern Mariana Islands, and a third to the Sphinx in Egypt, local tabloid The Advertiser reports.

The significance of these coordinates is completely unknown — but our money is on it being some kind of practical joke.

Several groups have attempted to take credit for the mysterious monoliths, including artist collective The Most Famous Artist and the YouTube channel called I Did A Thing, as New Zealand-based NewsHub reports.

More on monoliths: There Are Officially Too Many Damn Monoliths

Monolith Heist
A Gang of Men Apparently Stole the Utah Monolith
12. 1. 20
Read More
The Hyperloop Could Make Even More Massive Megacities
11. 3. 16
Read More
This New High-Speed Rail Is Set to Transform How We Travel
7. 15. 16
Read More
+Social+Newsletter
TopicsAbout UsContact Us
Copyright ©, Camden Media Inc All Rights Reserved. See our User Agreement, Privacy Policy and Data Use Policy. The material on this site may not be reproduced, distributed, transmitted, cached or otherwise used, except with prior written permission of Futurism. Articles may contain affiliate links which enable us to share in the revenue of any purchases made.
Fonts by Typekit and Monotype.