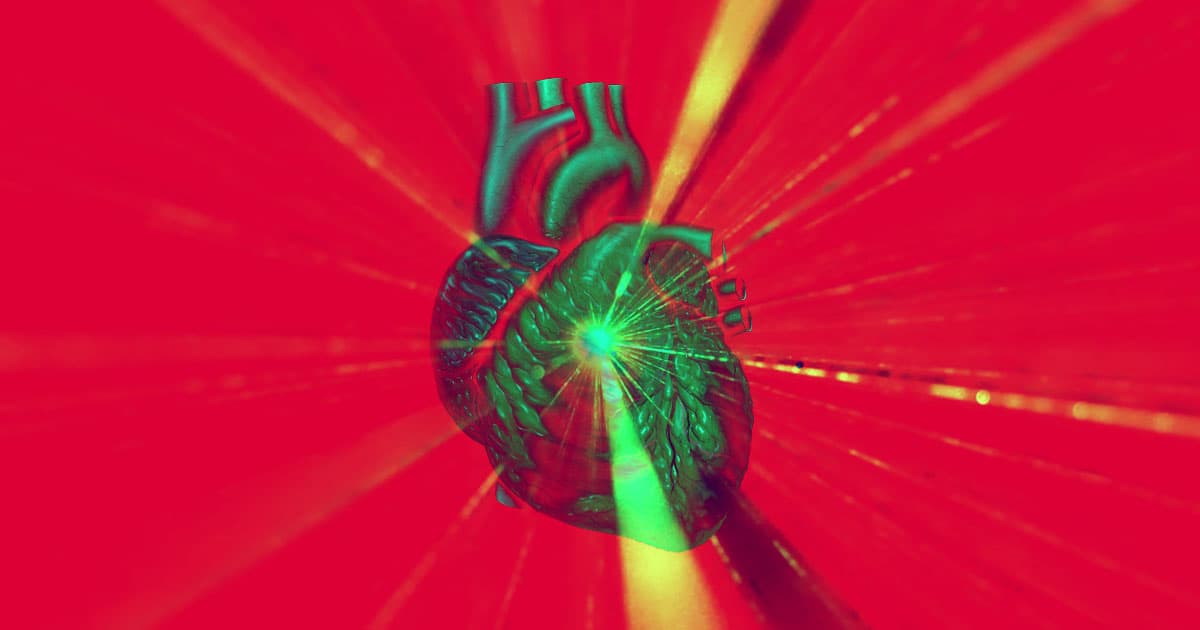 New Laser Can Identify People From a Distance By Their Heartbeat

The device can detect tiny vibrations caused by heartbeats from over 650 feet away.

The device can detect tiny vibrations caused by heartbeats from over 650 feet away.

The U.S. Special Forces are developing a device that can detect a person's unique cardiac signature using an IR laser from a distance. The Pentagon's special project nicknamed "Jetson" can work from a 200 meter distance — improved versions could enable even longer distances.

Steward Remaly, of the Pentagon’s Combatting Terrorism Technical Support Office who worked on the project, claims that the device is accurate over 95 percent of the time according to MIT Technology Review — that is, if the conditions are right.

Infrared — like the heart rate sensor on an Apple Watch — can pick up on the changes in how much light is reflected in a blood stream and can infer a person's pulse from that. Jetson, however, analyzes tiny vibrations on the surface of the skin to detect a heartbeat — and that works just as well through a layer of clothing.

That means it's useful in situations when a biometric facial recognition system fails to get a good view of a target's face. "Compared with face, cardiac biometrics are more stable and can reach more than 98% accuracy, Remaly told MIT Technology Review.

While the technology is impressive, the device takes about 30 seconds to get a good read. That means a target needs to be either sitting or standing still.

The U.S. armed forces would also need to start creating a cardiac signature database from scratch for the device to be of any use.

READ MORE: The Pentagon has a laser that can identify people from a distance—by their heartbeat [MIT Technology Review]

More on lasers: The World's Strongest Laser is About to Simulate a Supernova

Trippy Study
Scientists Made Mice Hallucinate by Shining Light Into Their Brains
7. 19. 19
Read More
Russia Wants to Vaporize Space Junk With a Laser. There Is No Way This Will Go Wrong.
6. 18. 18
Read More
The World's Largest and Most Powerful X-Ray Laser Just Went Online
9. 5. 17
Read More
+Social+Newsletter
TopicsAbout UsContact Us
Copyright ©, Camden Media Inc All Rights Reserved. See our User Agreement, Privacy Policy and Data Use Policy. The material on this site may not be reproduced, distributed, transmitted, cached or otherwise used, except with prior written permission of Futurism. Articles may contain affiliate links which enable us to share in the revenue of any purchases made.
Fonts by Typekit and Monotype.