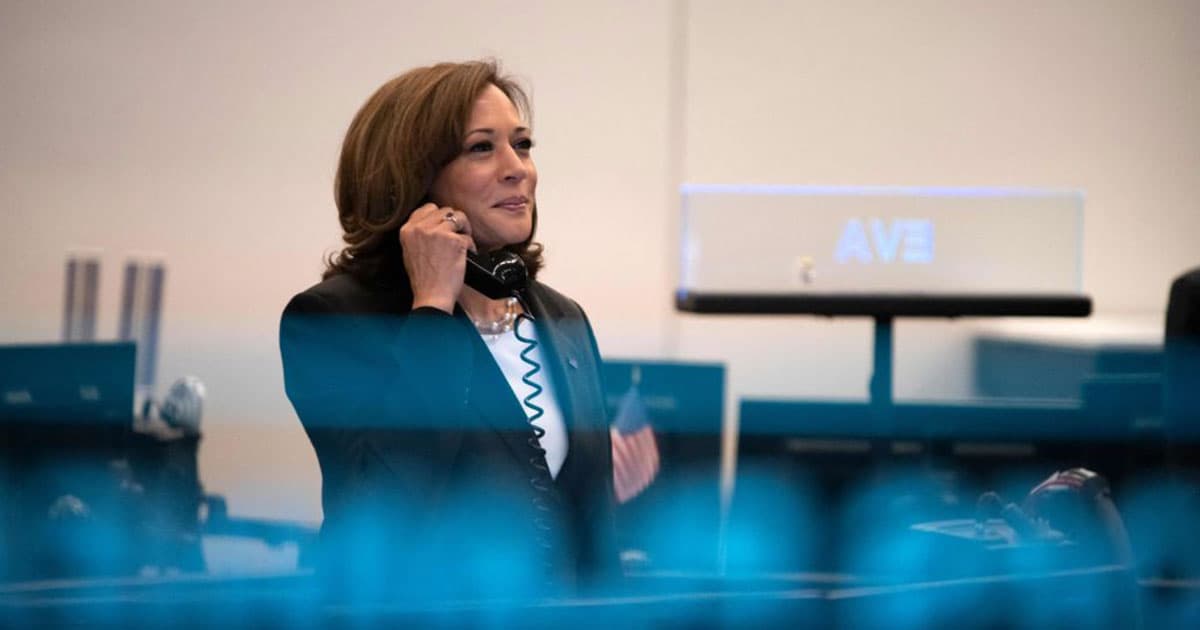 Vice President Shows Up Late, Gets Cut Off From Astronauts Mid-Call

Vice President Kamala Harris' call with astronauts on the International Space Station was cut short earlier today when the ISS passed out of communication range.

Unfortunately, that snafu appears to be self-inflicted — the veep was apparently late for the appointment. And space waits for no one.

"ISS passed out of range in the middle of the discussion," Space Policy Online editor Marcia Smith reported today. "Appears that Harris was late. The schedule said this was supposed to start at 10:55 am ET but didn't until more than 10 minutes later when she arrived."

After about four minutes of chit chat, the ISS literally lost service, and Harris hung up the call before preparing to chair a National Space Council meeting this afternoon.

It'd be easy to rag on NASA or Harris here — after all, the agency's Artemis failures have piled up in an embarrassingly tall headline heap lately. And nobody likes someone who's late to meetings.

The truth, though, is that space comms are notoriously tricky, and it's easy to imagine why a sitting vice president might be running late. If anything, the real crime here was the banality of the conversation.

"As an American who is a space nerd, I'm so thrilled to be with each one of you," Harris cooed into the handheld phone she used to contact the astronauts.

The rest of the call was no more enlightening, and it makes us wonder: aren't there more important questions we might be asking NASA's brightest right now, considering all the trouble they're having with mission plans?