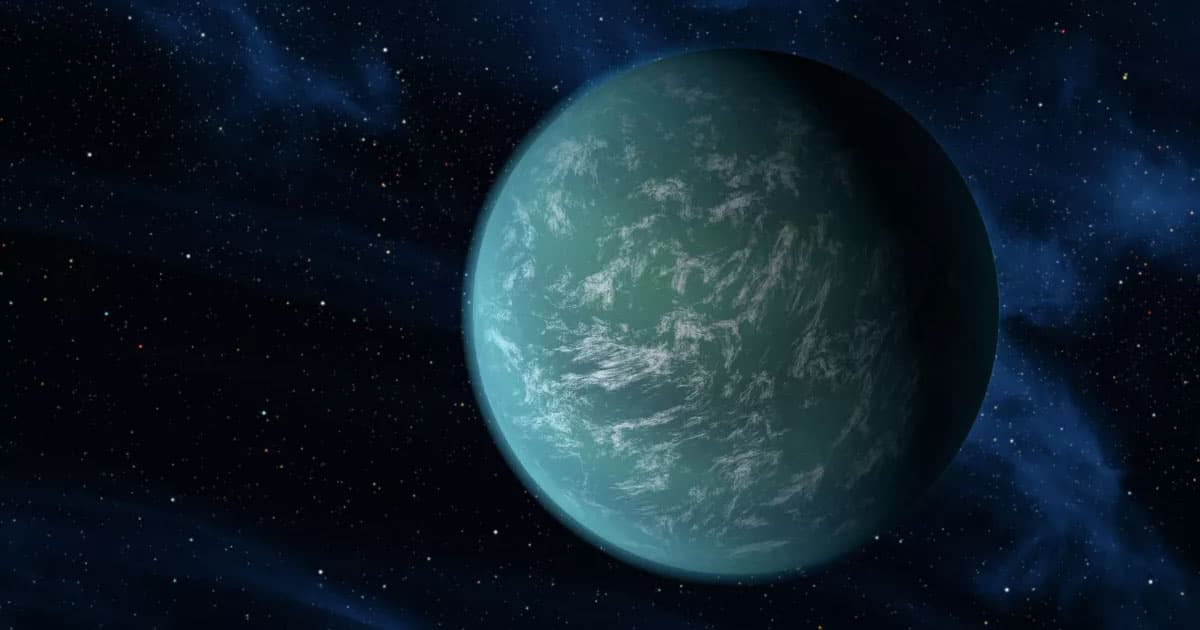 Scientists Discover Nearby "Super-Earth" That May Support Life

Get in, nerds! We're going on a road trip.

Get in, nerds! We're going on a road trip.

Scientists have discovered two nearby planets — in the grand scheme of things, at least — that are like Earth but bigger. And one of them, in major SETI news, may be able to sustain life.

In a press release, a Belgian-led team of international scientists announced that they'd found two "Super-Earth" planets, which are larger than Earth but smaller than icy giants like Neptune and Uranus, located a mere 100 light-years away.

Both of these exoplanets, the University of Liège press release notes, are orbiting SPECULOOS-2, a small, cool dwarf star named after the "Search for habitable Planets EClipsing ULtra-cOOl Stars" (SPECULOOS) telescopes in Chile and Spain that were used to find the low-heat star around which the newly-discovered planets orbit.

One of these new Super-Earths, the unsexily-named LP 890-9b, was found first and is roughly 30 percent larger than our Earth. The other, SPECULOOS-2c, was discovered after researchers pointed their gigantic equipment at the first of the orbiting planets, and at about 40 percent bigger than Earth, it appears habitable, per the consortium's new paper in the journal Astronomy & Astrophysics.

One of the most curious things about the potentially-habitable planet is that it's much closer to its sun than we are to ours — a mere 3.7 million miles, compared to the 93 million miles between Earth and our Sun.

"Although this planet orbits very close to its star, at a distance about 10 times shorter than that of Mercury around our Sun, the amount of stellar irradiation it receives is still low, and could allow the presence of liquid water on the planet's surface, provided it has a sufficient atmosphere," Francisco Pozuelos, main paper co-author researcher at the Institute of Astrophysics of Andalusia, said in the press release, adding that this discrepancy is possible because the planet's sun "is about 6.5 times smaller than [our] Sun and has a surface temperature half that of our star."

SPECULOOS-2c is, notably, the second planet that fits within the "habitable zone" sweet spot in as many weeks, with the discovery of the TOI-1452b "ocean planet" that orbits a binary star system about 100 light years in another direction making waves in late August.

It's all very exciting — and could have significant implications when it comes to our continued search for alien life.

More local news: Ludicrously Close Up Shots of the Sun Look Nothing Like You'd Expect

Accuracy Wall
Harvard and MIT Scientists Warn That James Webb Data May Not Be What It Seems
Sep 19
Read More
Outing Life
Swiss Government Scientist Says We May Be on the Brink of Discovering Alien Life
Sep 13
Read More
Aquatic Aliens
Experts Puzzled by Harvard Scientist Looking for Alien Wreckage in Ocean
Sep 2
Read More
+Social+Newsletter
TopicsAbout UsContact Us
Copyright ©, Camden Media Inc All Rights Reserved. See our User Agreement, Privacy Policy and Data Use Policy. The material on this site may not be reproduced, distributed, transmitted, cached or otherwise used, except with prior written permission of Futurism. Articles may contain affiliate links which enable us to share in the revenue of any purchases made.
Fonts by Typekit and Monotype.