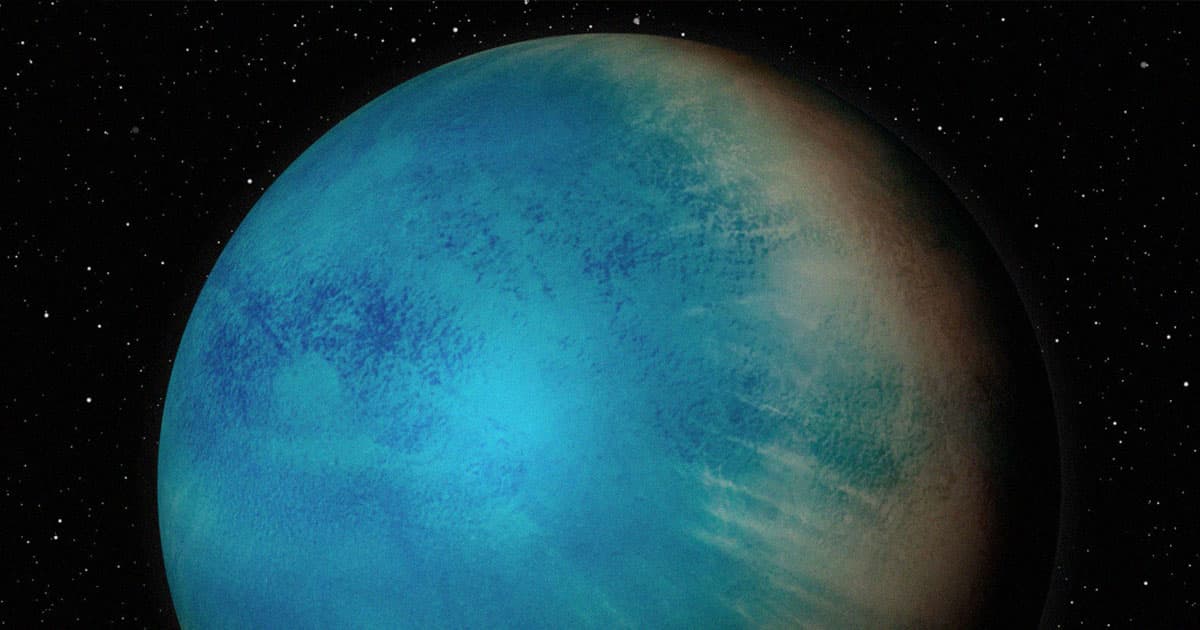 The next step? Aim the James Webb at it.

The next step? Aim the James Webb at it.

The exoplanet, dubbed TOI-1452b, is a little bit bigger in both size and mass compared to Earth, and also happens to be in the "habitable zone," meaning it's in the goldilocks region of its host star system where liquid water could exist on its surface.

"TOI-1452 b is one of the best candidates for an ocean planet that we have found to date," said Charles Cadieux, lead author and PhD student at the Université de Montréal, in a statement. "Its radius and mass suggest a much lower density than what one would expect for a planet that is basically made up of metal and rock, like Earth."

The planet is suspected to be rocky like Earth, but far wetter. According to the team's analysis, it could be made up of 30 percent water by mass, which is considerably more than the Earth's less than one percent.

The team spotted clues of the exoplanet's existence in data collected by NASA's Transiting Exoplanet Survey Satellite (TESS) space telescope. They then honed in on their target using an instrument attached to the Observatoire du Mont-Mégantic (OMM), an observatory in Quebec, Canada, as detailed in their new paper.

The researchers are now hoping to get ahold of NASA's James Webb Space Telescope, which could prove to "be essential to better understanding TOI-1452 b," according to René Doyon, Université de Montréal professor and co-author.

"As soon as we can, we will book time on Webb to observe this strange and wonderful world," he added.

More on exoplanets: Researchers Want to Use the Sun As a Giant Telescope to Look for Aliens

Get Wet
Scientists Say the Sun May Have Kinda Sprayed the Earth With Water
12. 1. 21
Read More
It's Baby
NASA's TESS Mission Has Spotted Its Smallest Exoplanet Ever
7. 1. 19
Read More
Water Worlds
Exoplanet "Water Worlds" Could Hold Unfathomably Deep Alien Oceans
5. 1. 19
Read More
+Social+Newsletter
TopicsAbout UsContact Us
Copyright ©, Camden Media Inc All Rights Reserved. See our User Agreement, Privacy Policy and Data Use Policy. The material on this site may not be reproduced, distributed, transmitted, cached or otherwise used, except with prior written permission of Futurism. Articles may contain affiliate links which enable us to share in the revenue of any purchases made.
Fonts by Typekit and Monotype.