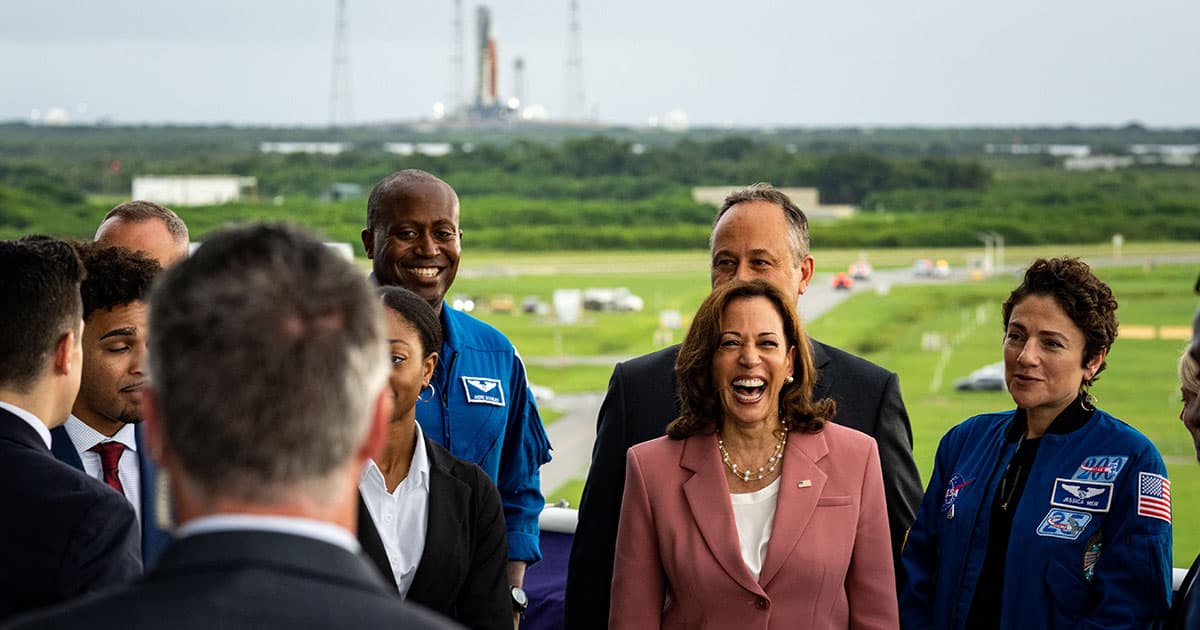 "The public has no clue whatsoever as to what is going on."

"The public has no clue whatsoever as to what is going on."

A former NASA scientist-turned-vocal critic of the space agency is once again throwing shade on his erstwhile employer — this time for creating a council whose sole purpose, he suggests, is to provide "photo ops."

"Nothing but crickets since then," Cowing wrote in the post, which he titled "National Space Council Meetings Are Simply Photo Ops."

"Absolutely no public information as to what the VP and the people at this meeting will actually do," he continued, "and no one seems to care."

As the former NASA boffin noted, there has so far been bupkis released about the forthcoming Space Council meeting on any of the government sites where such details should be posted, nor on NASA TV. In spite of this striking lack of specifics, however, "invitations are being sent out to people of influence and some media celebrities to attend."

"How is it that the National Space Council actually does anything?" Cowing wrote. "The public has no clue whatsoever as to what is going on."

As Cowing noted in previous blog posts, the NSC has been plagued with a lack of transparency and a pervasive sense of purposelessness during Joe Biden's presidential term.

"Either they do not know and/or do not care if the rest of us know what is going on [with regards to] space policy," Cowing tweeted.

No Scope
People Are Furious at Space Telescope's Homophobic Name Again
7. 13. 22
Read More
Elonely Planet
Elon Musk Shares Incredibly Stupid Meme Stolen from iFunny
4. 28. 22
Read More
DIY NASA
Amateur Rocket Builders Planning to Launch Astronaut Into Space
2. 1. 22
Read More
+Social+Newsletter
TopicsAbout UsContact Us
Copyright ©, Camden Media Inc All Rights Reserved. See our User Agreement, Privacy Policy and Data Use Policy. The material on this site may not be reproduced, distributed, transmitted, cached or otherwise used, except with prior written permission of Futurism. Articles may contain affiliate links which enable us to share in the revenue of any purchases made.
Fonts by Typekit and Monotype.