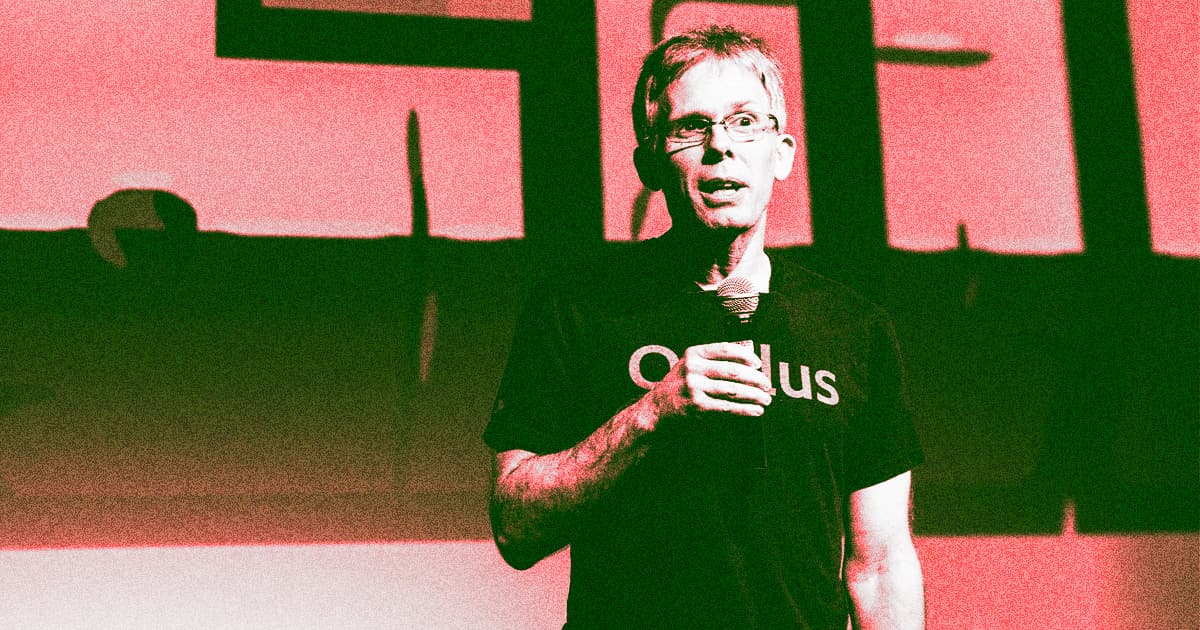 "This is the end of my decade in VR."

"This is the end of my decade in VR."

Facebook VR leader — and Doom creator — John Carmack has quit his advisory position at the company now known as Meta, and took to the social network to unsparingly explain his departure.

In a Facebook post, Carmack publicly shared his resignation email, which he said he decided to post after it had been partially leaked to the press.

"This is the end of my decade in VR," the gaming pioneer's note began. "I have mixed feelings."

In the letter, Carmack charged the company with "operating at half the effectiveness that would make me happy," an apparent jab at the leadership of founder Mark Zuckerberg, whose bullheaded turn towards creating a metaverse has drawn criticism from many quarters, including Carmack in the past.

Carmack went on to say that in his 10 years at Facebook, he was not able to be as "persuasive" as he wished — a situation he said was "admittedly self-inflicted" because he refused to move from Dallas to the San Francisco Bay Area after the company acquired the VR headset maker Oculus.

"I could have moved to Menlo Park after the Oculus acquisition and tried to wage battles with generations of leadership," Carmack continued, again seeming to reference Zuckerberg and his acolytes, "but I was busy programming, and I assumed I would hate it, be bad at it, and probably lose anyway."

Overall, the letter from the part-time Meta advisor is as full of self-reflection as it is frustration — the most anyone could ask for from someone as big a deal as Carmack as he admits to struggling with a sense of failure from within and without.